HomeNewsWatch Harry Styles read ‘In Every House On Every Street’ for CBeebies’...
News 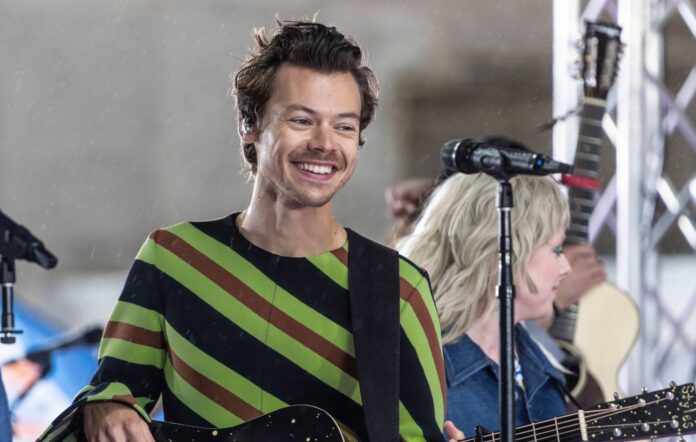 Harry Styles has become the latest big-name star to read a story for CBeebies’ Bedtime Stories – watch the musician read In Every House On Every Street below.

The ‘Harry’s House’ singer and actor read Jess Hitchman’s story In Every House On Every Street (featuring illustrations by Lili la Baleine) for his spot on Bedtime Stories, which aired on CBeebies yesterday (May 23).

“Hello, I’m Harry. Welcome to my house,” Styles, dressed in a set of pyjamas, told the viewers. “I love it here: I like to listen to music, read and hang out with my friends.

“Tonight’s bedtime story is about a house full of love and laughter,” he added, before narrating Hitchman’s In Every House On Every Street.

Styles’ third studio album ‘Harry’s House’ was released last week (May 20). The record is on track to become the UK’s Number One album this week as it is already the fastest-selling album of 2022 so far.

“Elvis was probably the first person I knew besides my family when I was a kid,” the singer said. “For that reason, there was something incredibly sacred surrounding him, so I thought I should try to get the part.”

The post Watch Harry Styles read ‘In Every House On Every Street’ for CBeebies’ ‘Bedtime Stories’ appeared first on NME.