Two JJJJound x adidas Samba Styles Are On The Way 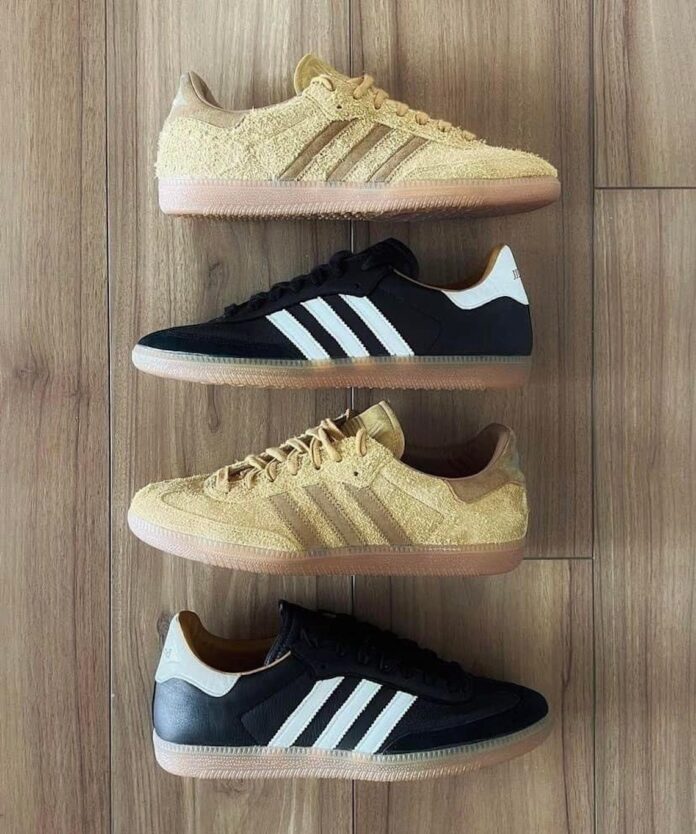 Justin R. Saunders has taken JJJJound from a simple photo blog to a creative design studio that’s collaborated with the likes of A.P.C. and Garrett Leight. For its latest joint-effort, the Montreal-based team has lent its creative direction to the adidas Samba in the form of two styles likely to launch in the first-half of 2023.

Pausing from the predominantly-white color arrangements that’ve taken over some of its footwear projects from the last 11 months, JJJJound has applied equally-simple, but “colorful” looks to its first collaboration with the Three Stripes. The adidas Originals staple maintains its tried-and-proven aesthetic, with leather and suede coming together across the upper of the black and white offering from the unreleased capsule. By contrast, the accompanying beige and brown Samba by JJJJound favors a hairy suede throughout its upper; Saunders’ studio’s name is stamped on the heel of each shoe. No branding is found on the sneakers’ lateral profile, maintaining the minimalism associated with the Canadian imprint. Lastly, the leather-lined adidas shoes feature a semi-translucent, gum sole unit for a touch of heritage.

Enjoy an early look at the pairs ahead, courtesy of Instagram user @thrift2.00, as you wait for official adidas CONFIRMED app and jjjjound.com launch details.

For more from the Three Stripes, check out all Bad Bunny x adidas releases so far.

Share
Facebook
Twitter
Pinterest
WhatsApp
Previous article
You know Stephen A. isn’t getting let off the hook for being late to First Take 🤣
Next article
The Nike Dunk Low Dresses Up In White, Grey, And Navy