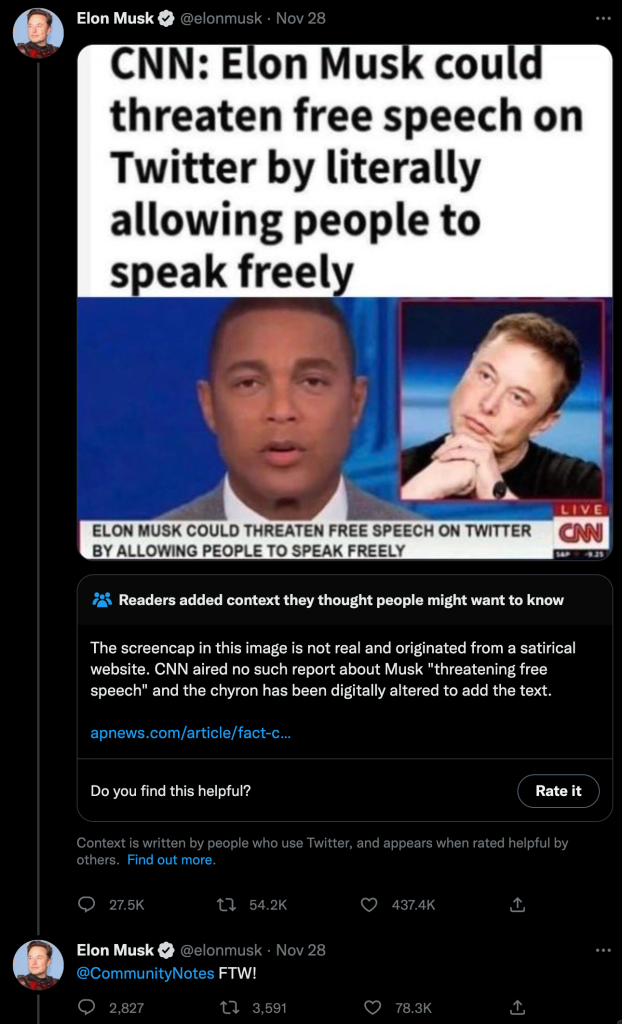 Things are still shaking up on Twitter, and Elon Musk isn’t slowing down. The platform has been adjusting after losing thousands of employees. This includes several top executives who were fired, laid off, or left their positions following Musk’s takeover. There were fears that Twitter would become an unhinged free-for-all once the Tesla boss began making moves. In the end, some believe critics were correct.

Musk has been enforcing new strategies that not everyone has accepted. There was the blue verification check that users could purchase for a monthly fee, and now, CNBC states Musk is doing away with the COVID-19 misinformation warning.

Should Twitter offer a general amnesty to suspended accounts, provided that they have not broken the law or engaged in egregious spam?

The coronavirus pandemic had the world in a chokehold in 2020. Across the globe, updates were given, and soon, social media users began sharing information based on conspiracies. Several social media apps implemented warning for posts that mentioned COVID, but according to a new update from Twitter, those are a thing of the past. Posts that share deceptive health information will no longer be flagged as potentially false information.

Additionally, Musk has been condemned for allowing certain problematic users back on the platform. Kanye West and former president Donald Trump endured permanent or temporary bans from Twitter, but Musk made it clear that he has a space for them if they like.

The people have spoken.

CNBC also reports that Twitter has reinstated approximately 62,000 accounts that were banned. Musk insists that these moves are a part of a greater free speech strategy. However, experts claim this only intensifies misinformation and hate speech.

Twitter has also reportedly lost several major advertisers since Musk became the boss. The future of the platform is unclear but it will certainly be a different space than many have grown used to in recent years.