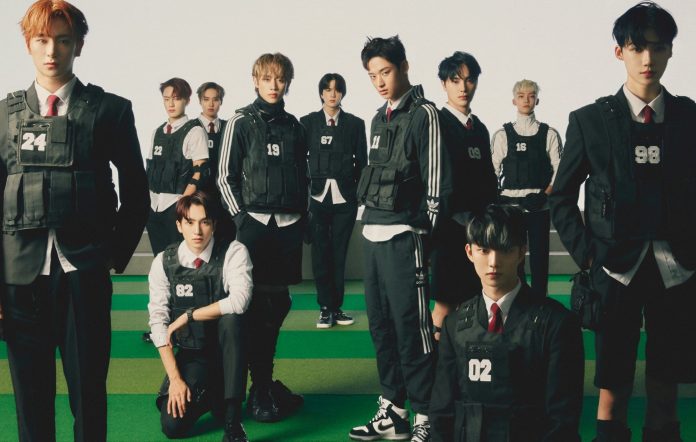 THE BOYZ have released an action-packed music video for their new single ‘Maverick’.

READ MORE: THE BOYZ on ‘Thrill-ing’: “We’re in that spot where we can be more confident and try new things”

In the thrilling clip, the boyband are unwitting participants in a deadly game, where they face off against one another. “That’s right, going beyond the wall / Black out, spotlight on us / When everybody’s trying to be the same / I exist as I am / I’m a, I’m a, I’m a Maverick,” they sing on the chorus.

‘Maverick’ is the title track of THE BOYZ’s new single album of the same name. The project, which also features the B-side tracks ‘Hypnotized’ and ‘Russian Roulette’, is the follow-up to their sixth mini-album ‘Thrill-ing’.

In a four-star review, NME’s Carmen Chin described ‘Thrill-ing’ as “a rollercoaster ride of epic proportions that not only pays tribute to their earlier sounds of fresh-faced wonder, but also takes unexpected twists in an ambitious showcase of versatility and experimentation.”

The group had also opened up about their mini-album in an interview with NME. “There’s so many emotions that we associate with it and that we feel while going to one, it’s an emotional rollercoaster,” says Kevin.

‘Thrill-ing’ had marked the group’s first domestic release in approximately 11 months, since their fifth mini-album ‘Chase’ in September last year, which featured the title track ‘The Stealer’.