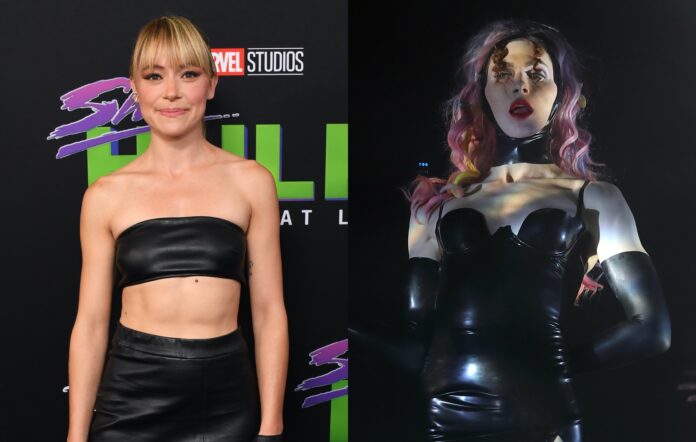 Tatiana Maslany has spoken of how SOPHIE inspired her dual roles in the new Marvel series She-Hulk: Attorney At Law.

The show, which premiered on Disney+ today (August 18), sees Maslany star as Jennifer Walters – the cousin of Bruce Banner (Mark Ruffalo) who transforms into She-Hulk after receiving an emergency blood transfusion.

During a new interview with Variety, the actor talked about the parallels between the late experimental artist/producer’s music and playing the two roles on She-Hulk.

“Musically, SOPHIE just lives in this place that I always want to live in, but there’s a poppiness and femininity combined with these clashing industrial sounds,” Maslany explained to the outlet.

“Her music video [for 2018 single] ‘Faceshopping’ was all about skin, commodification of body and being separated into different parts, and that all felt thematically and spiritually connected.”

SOPHIE died on January 30, 2021 following an accidental fall in Athens, Greece. She was 34 years old. Among those to pay tribute to the Grammy-nominated musician were her collaborators Vince Staples, Charli XCX and A.G. Cook.

“It’s just as much a shaving off of all the nuances, and just as much of a trope,” she said. “It’s a box that nobody fits into. Even the phrase is frustrating. It’s as if we’re supposed to be grateful that we get to be that.”

Early reactions to She-Hulk have been largely positive. In a three-star review, NME said that the series is mostly “the ‘fun lawyer show’ it promises to be, with an emphasis on the fun”.

It added: “You can’t help but root for the characters [Maslany] plays, and the same is true here whether she’s in Jen’s human form or as the musclebound She-Hulk.”

Back in February, it was revealed that the International Astronomical Union had named an asteroid after SOPHIE after a fan launched a petition addressed to NASA.