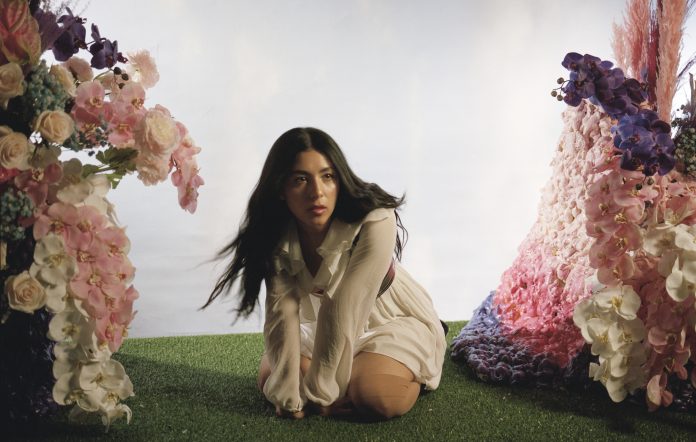 Brooklyn indie-rockers Pom Pom Squad have shared a hazy new single titled ‘Until It Stops’, landing this week as the latest in Spotify’s Fresh Finds series.

The track was produced by Sarah Tudzin – frontwoman for Californian punk outfit Illuminati Hotties – who the band had previously worked with on their debut album, ‘Death Of A Cheerleader’. It comes as the band’s first chunk of material to follow the album, which landed back in June via City Slang.

Have a listen to ‘Until It Stops’ below:

In a press release, frontwoman Mia Berrin referred to ‘Until It Stops’ as “[her] version of a drinking song”. She continued: “I’m not much of a partier but I’m in my early 20s so whenever I turn down an invite to go out I go through an internal dialogue wondering if I’m missing my youth.

“Then, when I actually do go out, I get uncomfortable and then I drink too much and put my foot in my mouth and go home with all my makeup under my eyes. At the time I wrote this I was thinking about those super sugary club songs of the 2000s that always seemed to mention dancing and death in the same line – there is this strange morbid connection between partying and mortality.”

On her role as producer, Tudzin added: “Working with Pom Pom Squad is such a pleasure – Mia is so full of fantastic ideas that all point toward building a cohesive universe. Her art and self-expression are unparalleled – when it’s time to hit the studio we have all the time in the world to play with production and recording tricks to best execute her vision.”

Illuminati Hotties released their own new album, ‘Let Me Do One More’, back in October via Tudzin’s recently-minted Snack Shack Tracks label, an imprint of Hopeless Records.

Earlier in the year, Berrin appeared as part of the NME Home Sessions series, performing the ‘Death Of A Cheerleader’ cuts ‘Head Cheerleader’ and ‘Cherry Blossom’. Performing from a warped, retro set-up in her Brooklyn home, Berrin played the tracks solo on a blue Stratocaster.