HomeNewsMeet Me @ The Altar announce UK tour and share video for...
News 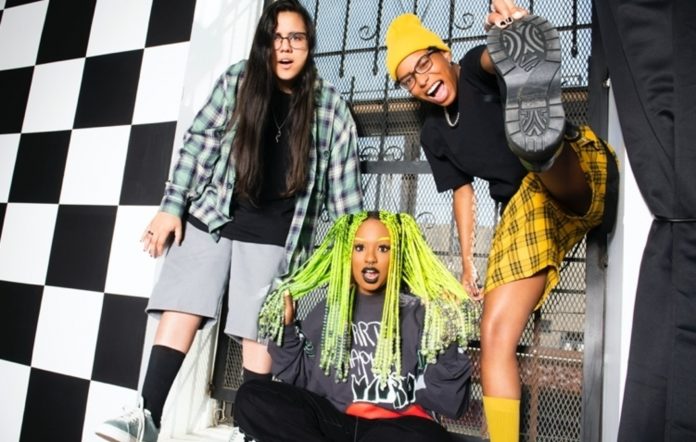 Meet Me @ The Altar have announced that they’ll be heading back to the UK next year for a run of tour dates.

READ MORE: Meet Me @ The Altar: Energetic trio putting the positivity back into pop-punk

Following their debut UK live shows with All Time Low last month, the US pop-punk trio will embark on a European tour in support of State Champs, which reaches the UK in May.

Meet Me @ The Altar, comprising guitarist Téa Campbell, drummer Ada Juarez and singer Edith Johnson, will take in shows at Manchester, Leeds and Birmingham as well as two gigs at London’s Electric Ballroom.

The band are also scheduled to play Slam Dunk and Download Festival next year. You can see their full list of tour dates below.

In addition to the tour news, Meet Me @ The Altar have also shared a video for ‘Now Or Never’, which features on their acclaimed major label debut EP ‘Model Citizen’.

In the Dillon Dowdell-directed clip, which starts out at 11:45pm on a Friday night “outside the shittiest venue in the world”, the band give an electric performance in a diner.

You can watch the video below:

Tickets for the band’s tour with State Champs can be purchased here. See the full list of dates below.

In a four-star review of Meet Me @ The Altar’s ‘Model Citizen’ EP, NME‘s Jenessa Williams wrote “The pop-punk revival so far may have platformed big-budget solo artists – including Willow, Machine Gun Kelly, and Olivia Rodrigo – but with ‘Model Citizen’, Meet Me @ The Altar prove there is still nothing quite like rocking out with your best mates, and confronted with the burden that they are what so many needed as younger fans, the weight on their shoulders could have been too heavy to bare.

“But to constantly tie them to the regrets of yesteryear is to deny what is painfully obvious; ‘Model Citizen’ is the work of a band who are absolutely for the now. Mom, this pop-punk thing definitely isn’t just a phase.”

The post Meet Me @ The Altar announce UK tour and share video for new single ‘Now Or Never’ appeared first on NME.