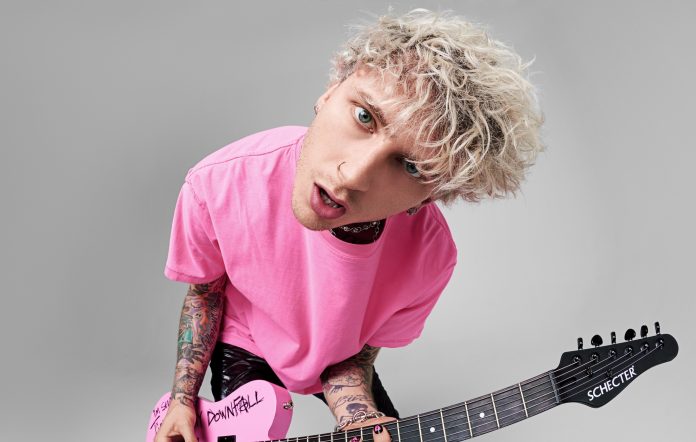 READ MORE: Machine Gun Kelly: “I’ve been jumping up and down on the table, believing in myself, for-fucking-ever”

News of MGK’s fifth studio album was unveiled back in August, when the rapper/rocker shared a video of himself and the album’s executive producer, Travis Barker on Instagram, both brandishing new tattoos of the LP’s title.

The new album follows last year’s ‘Tickets To My Downfall’ which scored Kellz his first Billboard Number One album and marked his transition from rapper to rocker.

Speaking in a new interview, the Cleveland musician (real name Colson Baker) teased the upcoming album and how it’s going to contrast the pop-punk sounds of his most recent release.

“It feels more guitar-heavy for sure, lyrically it definitely goes deeper – but I never like to do anything the same,” Kelly told Sunday Today With Willie Geist (via Billboard). “Every album is a juxtaposition of the last album. So I went and studied ‘Tickets’, and I heard the bright sound that I had, and for this album I just turned the lights off.”

He continued: “I’m not scared anymore, there’s nothing holding me back from being my true self – and my true self can’t be silenced, can’t be restrained. It’s a force, it’s like a hurricane. Can’t stop that, it just goes until it feels like stopping, and I don’t feel like stopping anytime soon.”

‘Papercuts’, the lead single from ‘Born With Horns’, was shared in August, along with a Cole Bennett-directed video which features Barker playing drums and Kellz sporting a shaved head. You can watch the video here.

The rapper turned rocker headlined the Louisville, Kentucky festival on September 25, and footage from the metal-leaning event showed that not everyone was happy with his top billing, with some of the crowd booing and showing him the middle finger amidst his ongoing feud with Slipknot’s Corey Taylor.

During Seether’s set at Louder Than Life, Morgan congratulated the audience on their response and has since elaborated on why he did so in an interview with Loudwire Nights.