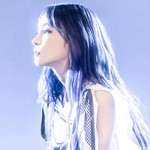 LiSA’s “Akeboshi” (“Morning Star”), her new opener for the latest story arc of the popular anime series Demon Slayer: Kimetsu no Yaiba, blasts into No. 1 on the latest Billboard Japan Hot 100, dated Oct. 18 to 24.

“Akeboshi” was released digitally on Oct. 18 and racked up 71,182 first-week downloads to rule the metric this week. The track also came in at No. 6 for radio airplay and No. 19 for streaming and Twitter mentions, accumulating enough points to hold STU48’s new release at bay. The veteran anime singer is set to drop the CD version of “Akeboshi” coupled with “Shirogane” — the ending theme of the same anime — as a double-A-side track on Nov. 17, which will probably keep the momentum going for the “Homura” hitmaker.

STU48’s seventh single “Hetaretachiyo” launches at No. 2. The girl group’s new CD sold 235,157 copies to hit No. 1 for the physical sales metric this week, but the track didn’t perform as well as needed in the other metrics of the chart’s methodology and was unable to overtake LiSA’s new release. “Hetaretachiyo” sold about 40,000 more copies than the group’s previous single called “Hitorigoto de kataru kurainara” (194,207 copies).

Gen Hoshino’s “Cube,” the theme of the Japanese remake of the movie by the same name, debuts at No. 4. The “Fushigi” singer-songwriter’s latest single was digitally released on Oct. 18 and scored 17,558 downloads to hit No. 2 for the metric. The track ruled radio and also came in at No. 14 for Twitter and No. 42 for video views.