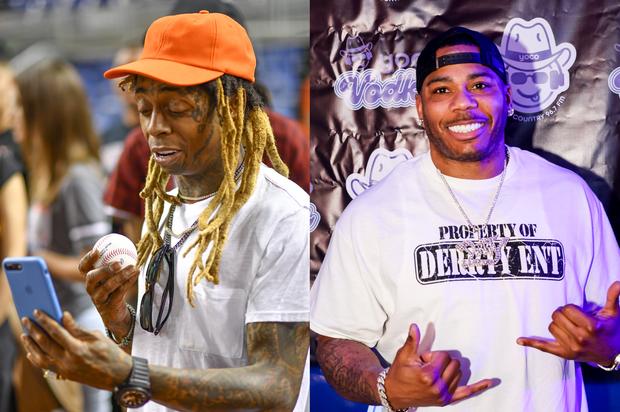 Lil Wayne lives in his own world, which becomes more and more apparent every time he makes a public appearance or sits down for an interview. Last night, the rapper made a rare cameo on Instagram Live where he chopped it up with Nelly, prompting a hilariously viral moment between the two. Nelly used an IG filter that made him and his surroundings sparkle and Weezy was simply confused.

Wayne struggled to understand the feed of live comments but Nelly quickly explained that the people were talking to them. However, Wayne was particularly confused about the glittery Instagram filter that Nelly was using. “Why is everything sparkling on you and stuff?” Wayne asked before Nelly asked what he was smoking. “Nah, I think that’s the shit you smoking — nah, I’m just fucking with you,” he said, prompting laughter between the two. “Yeah, take the effects off, man,” Wayne added.

The clip largely consisted of the two hip-hop titans trying to understand the basics of using Instagram Live. Fans immediately began reacting to the clip with many claiming that their technological difficulties were similar to old folks. Some even compared Wayne and Nelly to their own parents when it comes to understanding smartphones and their apps. Others added that Nelly purposely used the glitter filter on the ‘Gram.

Check out a few reactions below.