In Remembrance: Michael K. Williams’ ‘The Wire’ Costars & Other Celebs Tribute Him Following His Untimely Passing 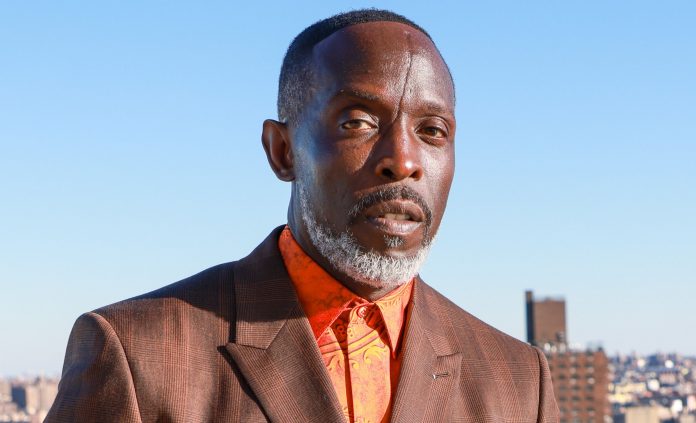 A number have celebs have taken to social media over the last 24 hours to mourn the loss of actor Michael K. Williams following his untimely passing.

The 54-year-old star who was famously known for his role as notorious stickup-man Omar on The Wire, passed away on September 6.

Lance Riddick who co-starred alongside the actor in the HBO crime series took to Twitter to share a heartfelt tribute.

“Michael K. Williams: One of the kindest, gentlest, most genuine, giving, and courageous souls I’ve ever met. Rest in peace, my brother” Reddick captioned the touching video.

Michael K. Williams: One of the kindest, gentlest, most genuine, giving and courageous souls I’ve ever met. Rest in peace, my brother. #MichaelKWilliams pic.twitter.com/tqjAnGhQDY

Wendell Pierce, who played the role of Detective Bunk Moreland on the show, also shared an emotional message following Williams’s death along with a series of tweets detailing his close relationship with the Emmy-nominated actor.

“The depth of my love for this brother, can only be matched by the depth of my pain learning of his loss,” piece tweeted.” An immensely talented man with the ability to give voice to the human condition portraying the lives of those whose humanity is seldom elevated until he sings their truth.”

The depth of my love for this brother, can only be matched by the depth of my pain learning of his loss. A immensely talented man with the ability to give voice to the human condition portraying the lives of those whose humanity is seldom elevated until he sings their truth. pic.twitter.com/EvrESGSK8O

From my heart, years ago. I said it then, and it must be said now…… pic.twitter.com/qD09DEprw3

So to you, my brother Mike, there is a small comfort that I know, you knew how much we loved you. pic.twitter.com/lr48rSwg0o

“but the distillation of all that he had ever observed; all the unsingable heart song the ordinary man may feel but never utter, he gave voice to. And by that somehow joins the ages.

Isiah Whitlock Jr., another Wire castmate, also gave his condolences, tweeting that he was “shocked and saddened” about the devastating news.

Shocked and saddened by the death of Michael K Williams. One of the nicest brothers on the planet with the biggest heart. An amazing actor and soul.
May you RIP. God bless.

Authorities are still trying to put together the pieces following Williams’ untimely demise. The New York Post reported that there was “No foul play indicated,’’ in the actor’s death according to police officials, but it appeared as though Williams could have passed away following an alleged accidental drug overdose. The Lovecraft Country star was allegedly surrounded by drug paraphernalia when his body was discovered by a close family member, the report notes.

Back in February, Williams appeared on Marc Maron’s “WTF” podcast where he spoke about battling drug addiction.

“You know, I’m in the club as well,” Williams told Maron for his “WTF” podcast in February, referring to being in recovery. “And you know, anybody that has heard me speak before, I’m not shy about it. You know, relapse to me is part of my story and, you know, but I’m living good today, you know. All’s we got is today.”

Our prayers are with Michael and his entire family during this difficult time.

Scroll down to see more touching tributes to the actor below.

Damn. Just damn. Mr. Williams was such a Good, kind, wonderful man. He was so funny on Community and, of course, an actor for the ages. @BKBMG pic.twitter.com/bjPe2ZOvya

Michael K Williams I knew was kind. Fair. Gentle. And super fucking talented. I’ll cherish our talks and I’ll miss him tremendously. My deepest condolences to the Williams family. Rest my friend. 🙏🏻

Michael K Williams, in addition to being one of the most talented actors around, was also one of the kindest, sweetest, most gentle souls I’ve ever met. This is heartbreaking. My thoughts are with all those who loved him. ❤️

Actress Tasha Smith who was previously in a relationship with Williams tributed him several times on her Instagram.

Other stars who tributed the late actor include Kerry Washington, Mariah Carey, and Ava Duvernay who dubbed him a “flash of love” and “her brother” who would come on set just to give out hugs.

“I remember you taking the young actors to the beach on your own and talking to them about things I couldn’t – about being a young, Black man in New York at the time – and how grateful I was … You moved me,” wrote Ava. “What you doubted in life, be certain of now, dear brother. Be certain. You were a flash of love – now gone. But never forgotten.”

A beautiful soul, a beautiful person, I’ll miss you always. Thank you for blessing us with your talent 💔 pic.twitter.com/Mt50HlY9CA