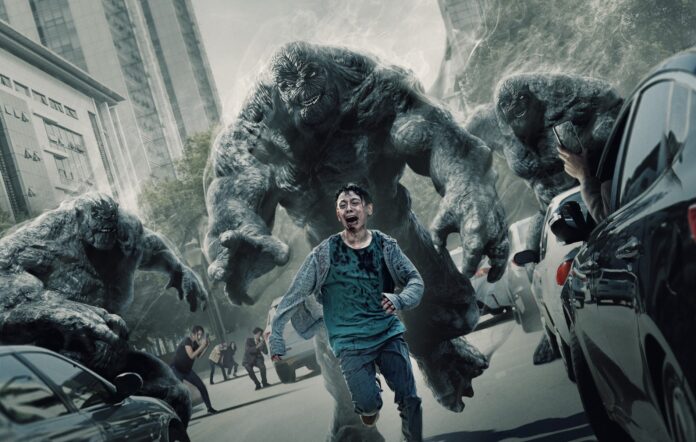 Korean production house Climax Studio, known for working on hit K-dramas such as Hellbound and D.P, are set to helm a brand-new show.

Yesterday (February 24), the studio gave the green light for a television adaptation of the critically-acclaimed 2015 short film Bargain, originally directed by Lee Chung-hyun, according to a report by The Korea Times.

Bargain is said to be a disaster thriller K-drama that chronicles the aftermath of a massive earthquake. It’ll follow a survivors trapped in a building, who have to negotiate for black market goods in order to continue surviving. While the adaptation will be taking references from its source material, the series will apparently deviate from the original, per The Korea Times.

Veteran actor Jin Sun-kyu (Vincenzo, Kingdom) has been cast as lead character Hyung-su, who somehow survived the disaster despite having been on the verge of death prior. “I really have this feeling that it’s going to be a great project. When I heard that it will be filmed in a single take, I wanted the role so badly,” he said in a statement.

“I also look forward to working with director Jeon Woo-sung, who participated in the making of the original film, and actress Jun, who has explosive energy,” he added.

Meanwhile, Jun Jong-seo (Money Heist) will be co-starring as Joo-young, a mercenary broker who somehow winds up being involved in the black market while trying to benefit from the disaster. “It’s an honour to be part of the feature-length project of Bargain, which has received considerable attention,” she said of her casting. “It means a lot to me to take on a role as one of the pillars of the project.”

More specific details, including Bargain’s release date and the rest of supporting cast, are expected to be unveiled in the coming months. The show is set to premiere on TVING sometime in the second half of 2022.