HomeNewsHear a preview of all songs from Chung Ha’s upcoming album, ‘Bare...
News 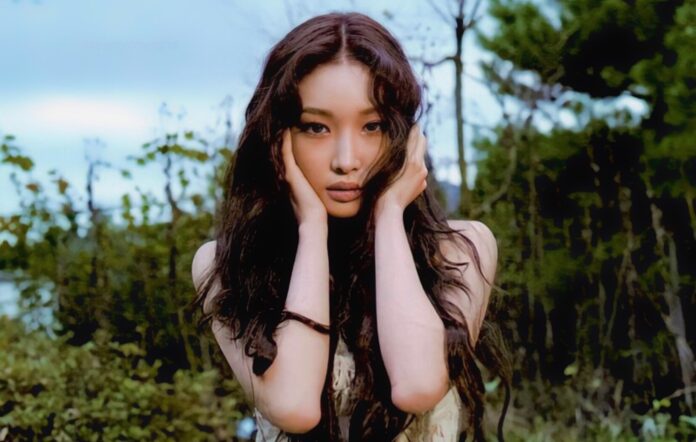 READ MORE: Chung Ha’s new single ‘Killing Me’ is a powerful ode to the frustration of the times

Yesterday (July 5), the K-pop idol released a video that features snippets of all eight songs from her forthcoming record, including title track ‘Sparkling’ and ‘Crazy Like You’, her collaboration with 88rising singer-songwriter BIBI.

According to the tracklist, ‘Crazy Like You’ will feature lyrics co-written by both Chung Ha and BIBI. Notably, former Big Hit Music producer and singer ADORA, known for her work with BTS, Tomorrow X Together and GFRIEND, is listed as a producer on ’Good Night My Princess’.

Meanwhile, Australian producer Tushar Apte appears as a producer and songwriter on the track ‘Louder’. Apte had previously written the songs ‘Home’ and ‘Love to Hate Me’ for K-pop powerhouses BTS and BLACKPINK, respectively.

Chung Ha herself was also heavily involved in the creative process for ‘Bare & Rare’, and is credited as a contributor to the lyrics for every track on the record. She is also credited as the sole lyricist on ‘California Dreams’, a song she performed at the Seoul Waterbomb Festival 2022 last month.

‘Bare & Rare’ is Chung Ha’s sophomore studio album, and is set to be released in two parts. The first part is due out on July 11 at 6pm KST, with the second half of the record expected to be released later this year.

The record comes over a year after the arrival of Chung Ha’s debut studio record ‘Querencia’, which was released last February. She had previously dropped a special digital single titled ‘Killing Me’ last November.

The post Hear a preview of all songs from Chung Ha’s upcoming album, ‘Bare & Rare’ appeared first on NME.