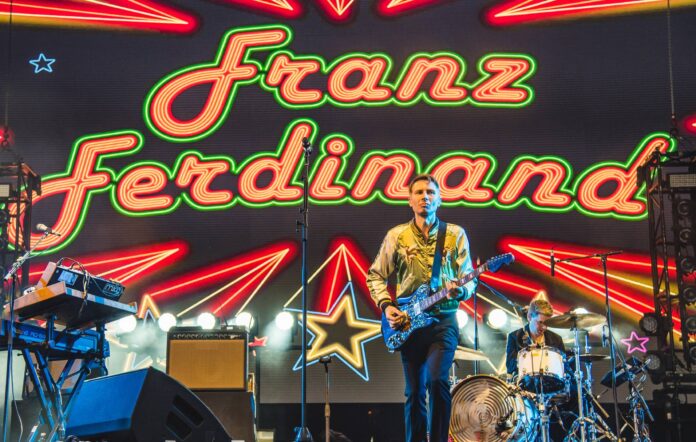 The Scottish band have become the latest act to axe their planned Russian gigs in the wake of the widely condemned Vladimir Putin-ordered military assault, with Yungblud, Green Day and the Russian rapper Oxxxymiron also scrapping shows in recent days.

READ MORE: Ukrainian artists on the Russian crisis: “Now is the time to push for change”

After speaking out in support of the “open and welcoming” people of Kyiv last week, Franz Ferdinand have confirmed this morning (March 1) that their scheduled gigs in St Petersburg and Moscow on June 29 and July 1 will no longer take place.

The band said in a statement that “the only reason for this is the invasion of Ukraine by the Russian state”.

“We love Russia. This great country has inspired our band through its art and literature and since we first played there 17 years ago, we have built a rich and deep relationship with our Russian fans,” the band said.

“Since Thursday morning [February 24], we have spoken to many of our friends in Russia via social media and have encountered unanimous opposition to this violence and solidarity with our Ukrainian friends. We know you see the madness of your country’s leadership. We know you do not want war.”

Franz added: “We do not want war. Despite the tragedy of this situation, we still burn a flame of optimism in our hearts and look forward to the day when we can return in a time of peace to share the joy of music together again.”

Ukraine, which has a population of 44million people, borders both Russia and the European Union. As the BBC reports, Russia has long resisted Ukraine’s move towards embracing European institutions like NATO and the EU.

“It has really affected us,” singer Anna Kuprienko said. “We’re talking to our family, we have a lot of friends and our second manager living there. We go back to Ukraine quite a lot. We were only there two months ago. We were hopeful that this situation with Russia wouldn’t go where it has and that it would resolve.

“I literally spoke to my dad and our manager like six hours before everything happened. I called them and no one believed this would happen, then we all woke up to this crazy news. Then everyone was in a state of shock and panic and it became impossible to leave.”

You can donate here to the Red Cross to help those affected by the conflict, or via a number of other ways through Choose Love.