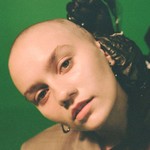 Happy Halloweekend! To celebrate the spooky season, check out some new tunes by your favorite LGBTQ artists. Billboard Pride is here to help with First Out, our weekly roundup of some of the best new music releases from LGBTQ artists.

From Carlie Hanson’s stunning new single, to ElyOtto’s glitchy new track, check out just a few of our favorite releases from this week below:

Say goodbye to the old Carlie Hanson as she debuts her newest single, “Snot.” Featuring fellow indie star Deb Never, “Snot” shows Hanson embracing her new lo-fi aesthetic, taking some steady guitar strums and blown-out vocal tracks as she leans into a doomed relationship. Take a glance at the video, and you’ll see the star taking it a step further, shaving off her bleach blonde locks before getting a tattoo right on her scalp, as she wails, “If I’m gonna waste my life/ Let me waste my life on you.”

Following the explosive success of “SugarCrash,” ElyOtto isn’t slowing down — rather, he’s amping himself up on his latest single. “Stalker,” the latest track from the viral TikTok star, sees ElyOtto once again leaning into the blipping sonics of hyperpop to deliver a song that he himself admits is “about nothing in particular, just vague sci-fi struggles from another dimension.” But with his now-signature sound of pitched-up vocals, hyperactive drums and squealing production, Otto makes his case for why he deserves your undivided attention.

Maggie Lindemann, “She Knows It”

Ever fallen in love with someone in a heterosexual relationship? Maggie Lindemann sure has, and she’s ready to tell you all about it on “She Knows It.” This pop-punk, Paramore-esque track sounds like a lost cut off the (deeply under-appreciated) soundtrack to Jennifer’s Body, with Lindemann angstily rehashing her feelings for “a girl who’s got a boyfriend” while fiery guitars blare behind her. It’s the perfect bit of pent-up rage to fuel your Halloween activities this weekend.

The final release before his new album Mind Games drops next week, Jordy’s “South Dakota” sees the rising singer dropping the synths, the drum machines and the other pop extravagance — this time simply favoring an acoustic guitar, a simple piano melody, and some occasional strings. Crooning over this sweeping melody, Jordy sings about his own anxiety, which he links to living in L.A., deciding that “Sometimes I feel like life would be better in South Dakota.” While the new sound is certainly a plus, it’s once again Jordy’s gorgeous vocals that makes “South Dakota” soar.

Keiynan Lonsdale, “Gods of the Disco”

Looking to dance this weekend? Keiynan Lonsdale can help you with that, courtesy of his slick new single “Gods of the Disco.” Paying tribute to the ’70s, Lonsdale slinks into this track on a wave of strings, bass, guitar and a four-on-the-floor drumbeat that will get your heart racing as soon as you hear it. Lonsdale’s silky voice adds another layer of sexed-up euphoria, as he serenades us about sweating it out on the dancefloor, chanting to the beat, “We servе the gods/ gods of the disco ball.”

If you’re feeling in the mood for some showtunes as Broadway finally starts its return, then Randy Rainbow’s new album A Little Brains, A Little Talent is for you. Throughout the new project, the internet star known for his political parodies of beloved Broadway classics offers up an album of covers, tackling songs from some of his favorite shows like Damn Yankees, Mame, Gypsy and more — along with a few covers of popular songs, and of course, some of his own parodies for good measure. Most importantly, A Little Brains shows once and for all that Rainbow is much more than a funny YouTube singer — he’s a star in his own right.