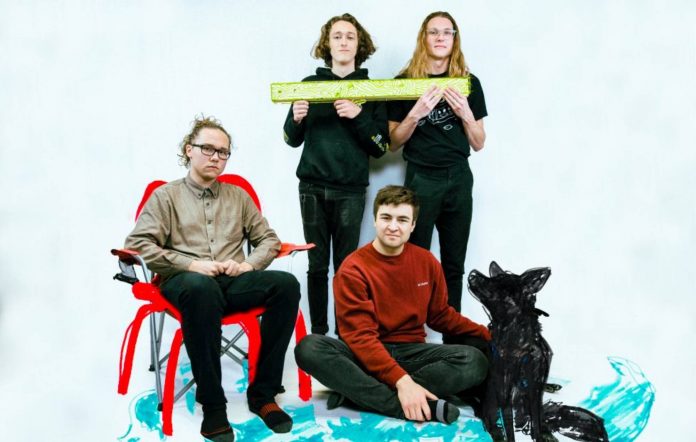 Dogleg have announced that they will be going on hiatus as a band, after lead singer Alex Stoitsiadis posted a statement today (November 17) addressing recent “legitimate concerns” about toxic behaviour shared online.

The band were due to head out on a North American tour in March and April 2022, supporting Touche Amore and Vein.fm, but have taken the decision following a number of claims made on social media regarding Stoitsiadis’ alleged conduct in past relationships.

“I have spent the last several days hearing from those that I have wronged, and reading their statements of how my negative behaviors have affected them,” Stoitsiadis wrote in the statement. “I have struggled to adequately address these legitimate concerns about my actions.”

“In romantic relationships, I would get inappropriately possessive. When I realized a relationship was ending, I would text and call obsessively. I would lie when asked directly if I was seeing other people,” the statement continued. “I would selfishly divert conversations to be about my own issues, and would not give ample time or care to the issues of other people. In both cases, I would routinely put myself over others.”

“Dogleg will be taking a hiatus. At this point, I need to reflect and actively work on recognizing and managing these negative patterns of behavior,” Stoitsiadis wrote. “I am sorry to those I have hurt. I want to thank my bandmates, my closest friends, my family, and the community all for holding me accountable.”

A message from Alex pic.twitter.com/eyjxMsNiqE

An additional tweet via the band’s account read: “Just to be fully transparent, we will not be playing any shows in 2022.”

The post-hardcore band – comprised of Chase Macinski on bass, Parker Grissom on guitar, and Jacob Hanlon on drums, as well as Stoitsiadis – formed in Detroit in 2015, and released their debut album Melee to critical acclaim last year.