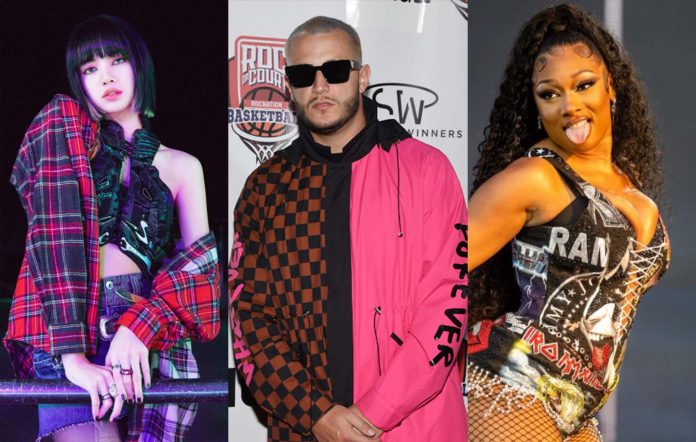 In a brief 30-second teaser that dropped yesterday (October 13), DJ Snake is seen walking out of a building and getting into a car with a license plate that reads “SXY GIRL”. Later, the camera moves across three parked cars with license plates featuring the names of Lisa, Megan and Ozuna.

DJ Snake also tagged the respective artists in his Instagram post and captioned it with “COMING SOON”. However, it is currently unknown what the title of the song will be or when it will be released.

Ozuna teased the collaboration earlier this month with a tweet that read, “BKP + MTS + SNK  + [teddy bear emoji]” and “97%,” seemingly implying that the project was 97 per cent complete at the time.

Ozuna had originally mentioned the joint single at the 2021 MTV Video Music Awards last month, where he revealed that his next single would feature two popular acts, alongside DJ Snake. The Puerto Rican musician had shared the news with MTV News on the red carpet of the VMAs, where he had premiered his latest single ‘La Funka’.

More notably, DJ Snake had previously claimed that he had worked with BLACKPINK’s Lisa on a brand-new song back in May. However, it remains unclear if this forthcoming collaboration is the track DJ Snake had been referring to at the time.

In other BLACKPINK news, the group’s label YG Entertainment had announced that the group would no longer be accepting gifts from fans. The policy disallows any mailed gifts sent to or left at the YG headquarters in Seoul, with the exception of fan letters.