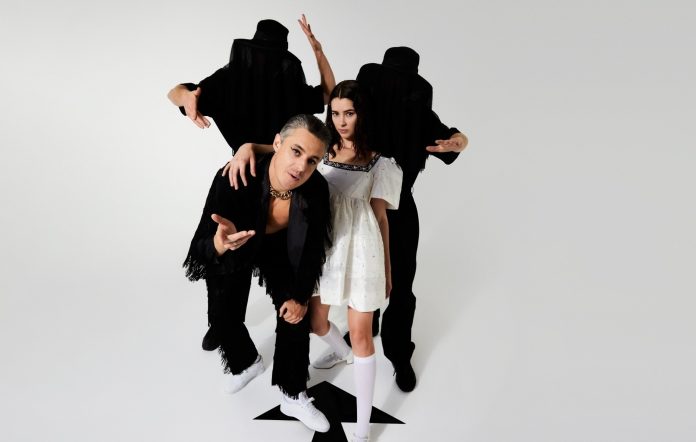 Confidence Man have announced the release of their second album, ‘TILT’ – you can listen to its lead single ‘Holiday’ below.

The Australian electro-pop duo are set to release the follow-up to 2018’s ‘Confident Music For Confident People’ on April 1, 2022 via Heavenly Recordings.

According to a press release, the album is “fierce, flirty and full of anthems” and listeners “might need to sit down before you hit play”.

Confidence Man – comprised of Sugar Bones and Janet Planet – have accompanied the LP announcement with the release of its first single, ‘Holiday’.

“We’ve been trying for the most epic, hands up, euphoric anthem for a while and this is the first time we’ve come close… Turns out it’s pretty difficult, but nothing’s too hard for con man,” Sugar Bones said of the new track.

Janet Planet added: “No one tells Confidence Man what to do. Who said a Holiday can’t last forever? Spend big and live free, that’s our motto. And it can be yours too. A vacation is just sunburn at premium prices but a holiday is a state of mind.”

You can watch the technicolour video for ‘Holiday’ below:

You can pre-order/pre-save ‘TILT’ here – see the tracklist below.

Back in September, Confidence Man unveiled a run of rescheduled and new UK and Ireland live dates set to kick off in May next year. See the full list of dates below and buy tickets here.

In a four-star review of ‘Confident Music For Confident People’, NME‘s Andrew Trendell wrote: “With a Balearic pulse and horizontal attitude throughout, this record is ready-made sunshine – MDMAzing pretension-free fun for the masses. This is the album we need in these hard times, even if we don’t deserve it. Put this record on, dance until sunrise, gurn through Brexit and rave until war is over.”