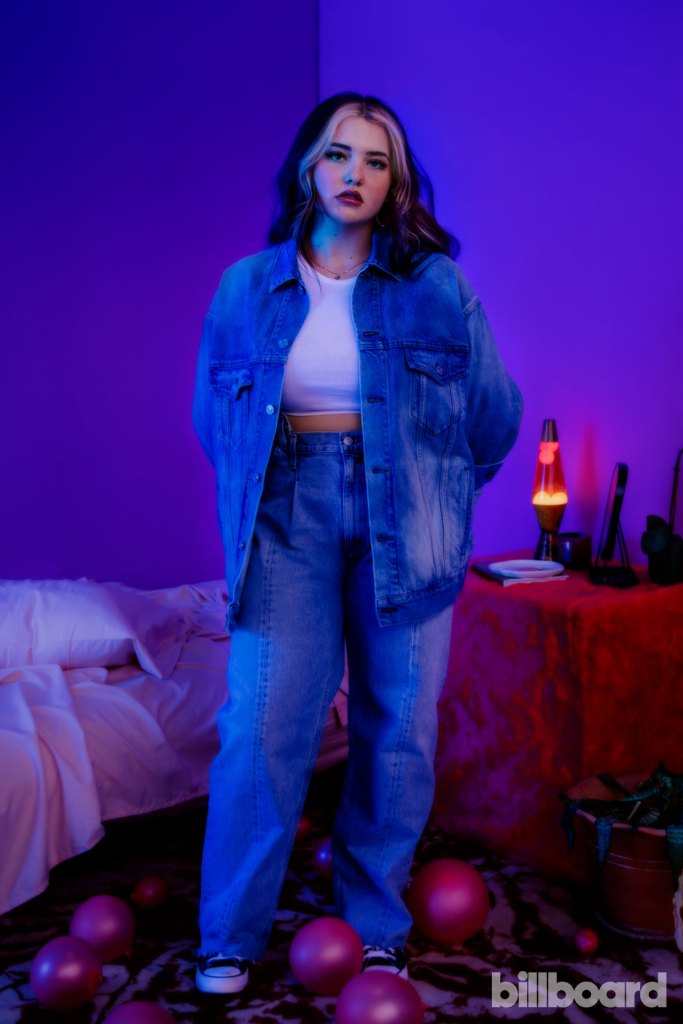 Last November, Lauren Spencer-Smith was wrapping up a recording session with songwriters Fransisca Hall and Jakke Erixson when she filmed a casual, selfie-style video of her heartbroken ballad “Fingers Crossed” so she could listen back later.

She was so excited to share her progress with fans that she actually leaked the song herself, sharing a 15-second snippet on TikTok. “I posted it without permission,” Spencer-Smith tells Billboard. “Nobody told me that’s what we were releasing next, but I didn’t care.”

The 18-year-old’s instincts paid off: the 15-second video generated millions of views within days, and fans flooded the comments, relating to the lyrics about what seemed like a long-lasting relationship gone sour, as well as begging for a release date. While the Vancouver Island-raised singer-songwriter already had built a following thanks to her stint on the 2020 season of American Idol, the TikTok attention brought in a swarm of new fans who were drawn to her vulnerability and, of course, her impressive vocal range.

The “Fingers Crossed” snippet racked up views and new trends across social media platforms within a week – including an “open verse challenge,” in which TikTok users added their own lyrics to the track. Yet the song still wasn’t finished, and Spencer-Smith began to walk the line between building up buzz over the track’s release and not waiting until the Internet generation had moved on to the next viral hit.

“I definitely was in a panic, because everybody’s attention spans are so short,” she explains. “You have to pay attention to your audience and watch. If the comments are like, ‘This is taking too long, I’m so annoyed,’ you need to announce a release date. But if the comments are still excited, you can keep building on that.’”

“Lauren has a second sense about things,” the singer’s manager and business partner David Ehrlich recalls of the moment Spencer-Smith told him that the video went viral. “Even though things might be spontaneous, I think subconsciously she has a very good sense of her fans and a really good sense of what stands out in her songwriting.”

“Fingers Crossed” was released independently on Jan. 5, and the song shot to a No. 19 high on the Billboard Hot 100 later that month. As expected, the traction of “Fingers Crossed” caught the attention of major labels across the country; Ehrlich, however, wanted to make sure that Spencer-Smith had time to meet with potential labels in person, likening the massive career decision to “choosing who you’re going to marry.”

“It was a bit like speed dating,” Ehrlich explains, “because we were up against the clock of this record that was exploding, but I felt that it was a fair process and everybody had a good, equal opportunity.” Spencer-Smith ultimately decided to ink a deal with both Republic and Island Records – just a month after “Fingers Crossed” was released – and the innovative partnership allows the singer to tap into the services of both labels.

“Lauren is a generational artist and an undeniable talent. She embodies everything this new chapter of Island represents and ‘Fingers Crossed’ is just the beginning,” says Island Records co-CEO Justin Eshak of the partnership. Co-CEO Imran Majid adds, “We are excited to be on this journey with Lauren, her manager David Ehrlich and our partners at Republic Records. She’s an incredible storyteller and a powerful vocalist with an infectious personality. Lauren is the future.”

Avery Lipman, founder and chief operating officer of Republic Records, agrees with the sentiment. “We’re thrilled with this unique opportunity to join forces with Imran, Justin and their team at Island Records,” he says. “Lauren’s a phenomenal songwriter with a powerful voice and incredible creative intuition. Together, with her manager David Ehrlich, we look forward to giving her the biggest platform possible.”

“It takes so many things off my shoulders,” Spencer-Smith explains of the deal with a laugh. “Before, my manager and I were doing everything, like marketing and creative, and now, I have teams dedicated to that and it’s nice to have people who know what they’re doing and a whole army that wants to support and help you.”

Fueled by the success of “Fingers Crossed” and her new label deal, Spencer-Smith is looking ahead, with a number of finished songs in her pocket and live shows in the works. Despite the growing spotlight, Spencer-Smith vows to remain committed to those who helped propel her into her dream life – including those who related to just those few seconds on TikTok. “I think I’ll always be the type of person who wants to tease things to my audience to see what they like and what they don’t like,” she says.

A version of this story will appear in the March 12, 2022, issue of Billboard.