HomeNewsCharli XCX and AJ Tracey to replace Måneskin and Jack Harlow at...
News 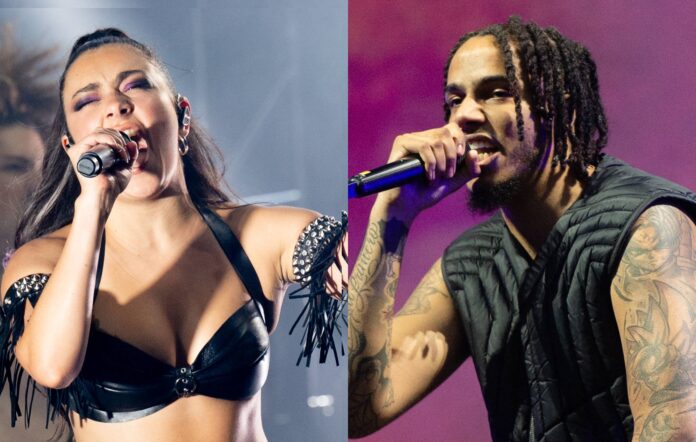 Charli XCX and AJ Tracey have been announced by Reading & Leeds Festival as replacements for Måneskin and Jack Harlow.

Earlier this week, the festival organisers released a statement saying they were “saddened” after it emerged that Måneskin and Harlow had pulled out of this year’s festival in order to attend the MTV VMAs.

Harlow had been due to perform alongside Arctic Monkeys on Leeds Festival’s final day, with Måneskin appearing before Rage Against The Machine on Reading’s closing day (August 28) – the same day as this year’s VMAs in Newark, New Jersey.

The festival organisers have now announced that Charli XCX and AJ Tracey will be the acts replacing Jack Harlow and Måneskin on the line-up.

You can see the amended line-up here:

Both acts were confirmed to be performing at the event earlier this week, with the latter set to appear for a live performance of their new single ‘Supermodel’, according to Billboard.

Måneskin initially announced earlier this month that they were pulling out of this year’s Reading & Leeds due to “scheduling conflicts”.

In a statement issued at the time on social media, the band wrote: “We are sad to announce that unfortunately due to unforeseen scheduling conflicts, we are no longer able to perform at Readings & Leeds festival this year. We love and miss the UK and all of our beloved UK fans and we’re absolutely gutted to no longer be able to play these shows.”

They concluded the statement: “We’re really excited for the year to come and want to thank you for your support and patience, we’ll hopefully be back in the UK soon and we can’t wait to see you.”

The 1975 were recently announced as last-minute headliners for Reading & Leeds after Rage Against The Machine were forced to pull out.

The post Charli XCX and AJ Tracey to replace Måneskin and Jack Harlow at Reading & Leeds 2022 appeared first on NME.