HomeNewsCardi B officiated an LGBTQ+ couple’s wedding: “It’s a special day for...
News

Cardi B officiated an LGBTQ+ couple’s wedding: “It’s a special day for me” 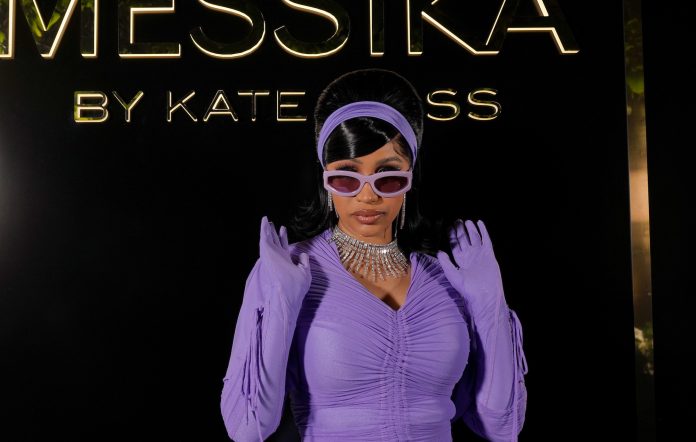 Cardi B has officiated the wedding of an LGBTQ+ couple, as documented in a new episode of her TV show.

The rapper, who is legally licensed to marry people, helped two brides called Brandi and Shannon tie the knot.

The ceremony was immortalised in a new episode of Cardi’s Watch Together TV series Cardi Tries, which came out on Friday (October 8).

In a teaser video of the episode posted to Twitter, Cardi said to the attendees at the wedding: “You’re probably wondering why I’m here.

Sharing the clip on Twitter, she wrote: “By the way WORLD I’m licensed to marry people ….sooo yea… I do it all and this was such a fulfilling thing to do and Raven was soo fun I was sooo starstruck.”

Watch the clip below:

By the way WORLD I’m licensed to marry people ….sooo yea… I do it all and this was such a fulfilling thing to do and Raven was soo fun I was sooo starstruck. https://t.co/i74YNT7Xbb

Elsewhere, Cardi B recently defended her trip to Paris Fashion Week after she previously cited concerns around travel safety in order to get a scheduled October court date pushed to next year.

The rapper was sued late last year by Kevin Brophy Jr, who alleged Cardi used his distinctive back tattoo on the cover of her 2016 debut mixtape ‘Gangsta Bitch Music, Vol. 1’ without his permission.

Last month, Cardi made a declaration to a court saying she needed to avoid risky travel, and as a result, successfully had her trial (which would require her to travel to southern California) postponed to February 2022.

Last week, Brophy slammed the rapper for flying to Paris for a week between September 26 and October 4, calling for sanctions be placed against Cardi and the trial moved to December. A judge has not yet ruled on Brophy’s request.

The rapper also recently announced the birth of her second child with Migos rapper Offset.

The couple announced that they were expecting back in June, when Cardi joined Offset’s group Migos for a special performance at the 2021 BET Awards. Their daughter Kulture Kiari Cephus was born in 2018.

The post Cardi B officiated an LGBTQ+ couple’s wedding: “It’s a special day for me” appeared first on NME.

Share
Facebook
Twitter
Pinterest
WhatsApp
Previous articleTaylor Swift’s ‘Fearless (Taylor’s Version)’ returns to the top of US charts thanks to huge CD and vinyl sales
Next articleBlackwater set to acquire Casio, Eboña from Alaska for Tolomia