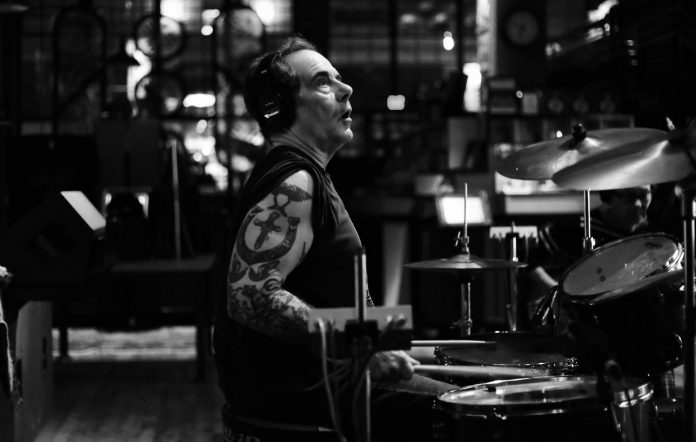 His death was confirmed by bandmates Cynthia Sley and Pat Place, who shared a statement (via Pitchfork) revealing that Pop died in his sleep on Saturday night (October 9).

“Dee Pop was a quintessential New Yorker, growing up in Forest Hills Queens and living in New York ever since,” they said of Pop. “He was not only Bush Tetras drummer, but also our archivist, owning an original copy of every Bush Tetras release and T-shirt and also maintaining the band’s masters.

Sley and Place concluded: “He will be sorely missed by his bandmates and the many people he touched throughout his life. Rest in peace, Dee.”

We are so very sad to say that Dee Pop passed away in his sleep last night. Pat and I devastated at this news. We think…

Born Dimitri Papadopoulos in 1956, Pop was heavily influenced by a number of famous drummers, but it was Tommy Ramone of The Ramones who inspired him to become a stickman despite a lack of formal training.

Speaking in a 2007 interview with Modern Drummer, Pop said of Bush Tetras: “Everything we do is organic, meaning that we have no pre-mediated plan for our sound. While it’s not improv, our music isn’t carefully calculated. Rather, it flows from us naturally, encompassing what we know and naturally feel. With The Bush Tetras I have the freedom to try anything. There are no rules.”

Dee Pop is survived by his son Charlie and daughter Nicole.