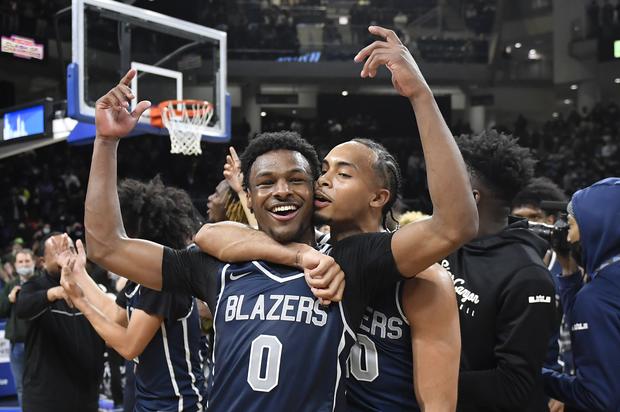 Bronny James Jr. is easily the most famous college basketball recruit in the entire country right now. While he might not be the number one ranked player, he is still getting a lot of attention right now, and rightfully so. He has been playing extremely well overseas and his highlight reel plays have impressed the internet.

He is heading into his final year with Sierra Canyon, and there are already plenty of colleges out there that want to acquire him. In fact, a recent rumor pointed towards Oregon as the front-runner, however, LeBron was very quick to squash that noting how Bronny has yet to actually meet with a school.

According to the sportsbook Bovada, numerous colleges are currently in the running for Bronny, and teams are already being assigned betting odds. Fans are trying to be on where Bronny will go, and it has led to the following odds.

These are all very good schools, and there is no doubt that Bronny has a very tough decision ahead of him. Let us know where you think Bronny should play, in the comments down below.