HomeMusicAdele Performs ‘Hold On’ in ‘One Night Only’ Concert Special Preview: Watch
Music

Adele Performs ‘Hold On’ in ‘One Night Only’ Concert Special Preview: Watch 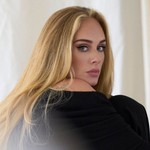 Adele: One Night Only is only one night away, and Adele is sharing a sneak peek of the concert special with fans.

In a clip posted on Adele’s social media accounts on Saturday (Nov. 13), only a day away from One Night Only’s premiere, the singer previewed a powerful performance of “Hold On,” the swelling ballad that was first heard earlier this week. “Hold On” is on the track list of her upcoming album, 30.

Adele simply captioned her post with the word “Tomorrow.”

The two-hour prime time event, filmed at the legendary Griffith Observatory in Los Angeles, premieres on Sunday (Nov. 14) at 8:30 p.m. ET on CBS.

The special will feature the singer performing beloved hits and never-before-heard new songs. There will also be an interview with Oprah Winfrey, in which Adele will discuss her new album and stories behind her songs. She’ll also talk about her divorce, raising her son and her recent weight loss.

Watch the Adele: One Night Only preview clip below.