HomeNewsWatch Nadine Shah perform ‘The Wild Ones’ with Suede
News

Watch Nadine Shah perform ‘The Wild Ones’ with Suede 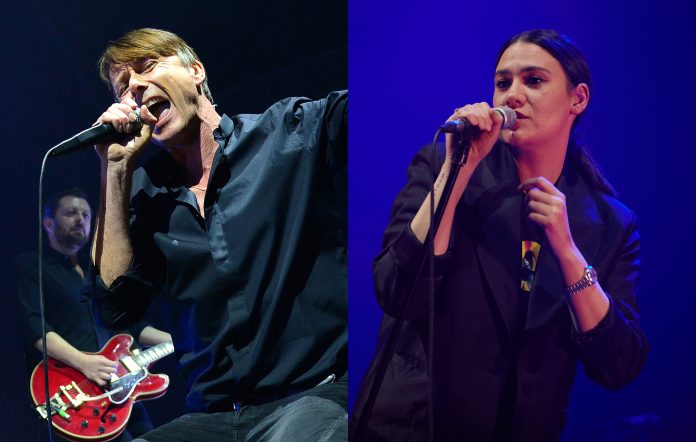 Suede performed a duet of ‘The Wild Ones’ with Nadine Shah last night (November 11) at London’s Alexandra Palace.

READ MORE: It’s time we recognised the genius of Suede

The singer, who opened for the legendary rockers on all seven dates of their ‘Coming Up’ anniversary tour, teamed up with frontman Brett Anderson for an acoustic rendition of the track. You can view the performance below.

The show saw Suede performing two ten-track sets, including a full cover-to-cover run through of ‘Coming Up’.

The night before (November 10), Shah also joined Suede for a mid-set cameo at Manchester’s O2 Victoria Warehouse where she performed her own song ‘Fool’ with the band.

Earlier this year, Suede celebrated the 25th anniversary of ‘Coming Up’ – which first hit shelves in September 1996 – with a Sky Arts documentary named after the landmark album . The film featured exclusive interviews with the band, their producer, publicist, art director and manager at the time.

Reflecting on the album upon the documentary’s announcement, Anderson said: “It was a strange mixture of self-doubt and insane almost religious self-belief. Let’s make an album full of singles and have loads of top 10 hits…and that self-belief just manifested itself”.

‘Coming Up’ remains Suede’s biggest selling record to date, with five of the band’s Top 10 hits, including ‘Beautiful Ones‘ and ‘Filmstar’, coming from the record.

Suede’s latest LP, ‘The Blue Hour’, arrived back in 2018. In a three-star review, NME concluded: “Rest assured, Suede remain the beautiful ones, but are just looking for beauty in ever more curious places.”

Earlier this year, the band released a photojournal called So Young: Suede 1991-1993. The book, which was compiled by drummer Simon Gilbert, documented his arrival in the band in 1991 through to 1993, when the group’s self-titled debut album reached Number One.

Also this year, Anderson and Shah linked up with the Paraorchestra for a one-off concert of covers, performing songs by the likes of David Bowie, Echo & The Bunnymen and Mercury Rev for a livestreamed BBC Cymru event.

The post Watch Nadine Shah perform ‘The Wild Ones’ with Suede appeared first on NME.