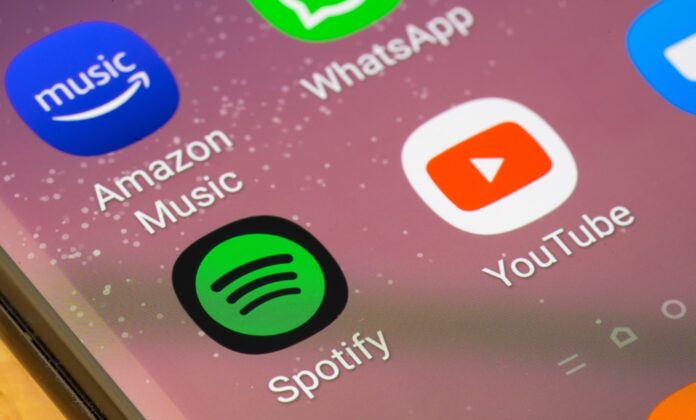 Key figures from the music industry have demanded government action on streaming following the publication of a report by the Competition and Markets Authority (CMA) today (November 29).

READ MORE: Streaming – what happens next? Artists demand “a shift in the way business is done”

At the beginning of this year, the CMA formally launched a new study to examine the music streaming market in which it considered “whether innovation is being stifled and if any firms hold excessive power”.

The findings were published today in a new report, which found that analysis “suggests it is unlikely that an intervention by the CMA would release additional money into the system to pay creators more”.

It continued: “The study does however highlight that the issues raised by creators could be further considered by government and policymakers as part of their ongoing work following the DCMS Select Committee’s inquiry into the economics of music streaming.”

Sarah Cardell, Interim CEO of the CMA, added that “while this report marks the end of the CMA’s market study”, it hopes that “the detailed and evidence-based picture we have been able to build of this relatively new sector will provide a basis that can be used by policymakers to consider whether additional action is needed to help creators”.

While George Freeman, current Minister of State for Science, Research and Innovation, last year spoke about the need to make sure “all musicians are benefiting from the UK legal framework”, today’s report’s has sparked renewed demand for government action.

Annabella Coldrick, Chief Executive of Music Managers Forum and David Martin, CEO of Featured Artists Coalition, said in a joint statement: “The CMA report today focuses on how music streaming has benefited consumers and does not find that a competition intervention would be beneficial.

“However, it acknowledges that other issues raised by artists, songwriters and managers, including fair remuneration and transparency, require a different kind of scalpel. We welcome the overriding conclusion that Government and policymakers should be driving forward reform.

“This should put a renewed focus on the ongoing pan-industry work being led by the IPO, and ensure that this activity delivers tangible changes in areas such as improved remuneration (whether through ER, contract adjustment or rights reversion), better transparency and progress on song data to get the right people paid fairly and quickly.

“If these outcomes fail to materialise, then the MMF, FAC and other creator-led organisations will call on the Government to intervene and fulfil their promise of legislative action.”

Additionally, the BPI – the representative voice of independent and major record labels across the UK – said: “We welcome the CMA’s objective, evidence-based report which confirms that the streaming market is competitive – delivering fans accessible and affordable music and artists greater choice in an environment in which many more are succeeding and where artist and songwriter royalty rates have increased.

This morning, the @CMAgovUK published its music and streaming market study final report.

Read the BPI’s statement below which welcomes the findings. pic.twitter.com/vZHyrVqATM

“As the most definitive analysis of these issues to date, this report will help inform the work that we and industry are already doing in partnership with Government to further strengthen British music and ensure the UK remains competitive globally. The report reinforces our view that the most effective way to enable even more artists to have a sustainable career in music is for labels to keep investing in talent and grow the market.”

Graham Davies, Chief Executive of The Ivors Academy, echoed a similar sentiment: “The CMA has asserted that it is the Government’s responsibility to introduce policy interventions to support music creators. While consumers have never had it so good the system is concentrating earnings to an unsustainable extent.

“Streaming benefits consumers and rewards few music creators. The creative industries are central to the UK’s economic success and they rely on creators, but they are leaving the industry because of threats to live music, the disastrous impact of Brexit on touring and the cost of living crisis. We need action to fix streaming.”

Attempts for greater government regulation in streaming have, however, faced setbacks in the past. Back in December 2021, Kevin Brennan MP’s bill on reforming musicians’ remuneration – dubbed the ‘Brennan Bill’ – failed to make it through the House of Commons.