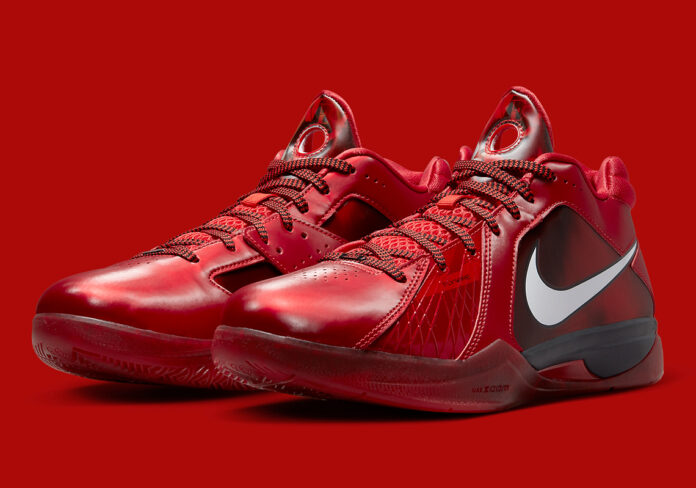 The Retro era for Kevin Durant’s signature shoes is being to make headway as we learn of the re-release of the KD 3 “All-Star from 2011. Seen here via official images, KD’s third signature shoe is set to return in the bold red colorway that released in February 2011.

Marking KD’s second appearance and first as a starter, the 2011 All-Star Game was one to remember as it truly marked Durant’s arrival among the game’s elite. Not a season later, Durant would appear in his first-ever NBA Finals, and a league MVP award would follow not long after.

The Nike KD 3 featured Zoom Air at the fore-foot and a low/mid cut — a preference of Durant himself. This All-Star version was the last of the traditional conference reds and blues as Nike explored more colorway concepts from 2012 and beyond, spawning the Galaxy “Big Bang” Pack and much more. While the KD 3 had some memorable releases, it’s not considered among the more memorable signature models such as the KD 4, 5, and 6.

A release date for the KD 3 Retro “All-Star” hasn’t been confirmed yet, but we expect a drop sometime in February 2023.

For more of a Nike KD retrospective, check out our feature on the 35 Best KD Shoes ever released.