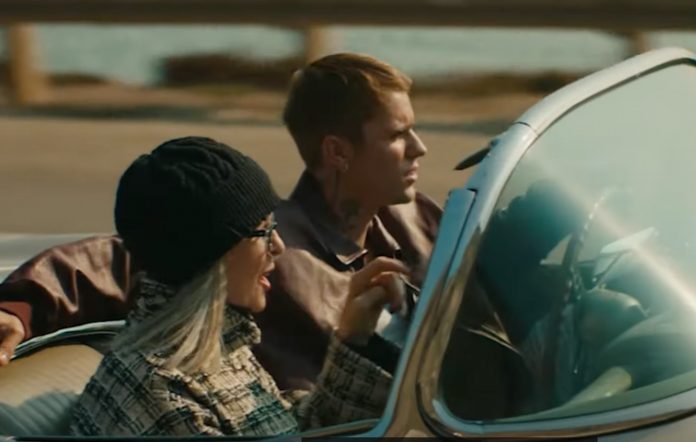 Justin Bieber has been joined by Diane Keaton in his new video for ‘Ghost’ – watch it below.

It’s the latest single from Bieber’s album ‘Justice’, which arrived back in March; the video sees Keaton play his grandmother.

The Colin Tilley-directed clip opens with a death, as the character played by Bieber sees his grandfather pass away. The rest of the video sees Bieber encouraging his grandmother, played by Keaton, to continue with life after his passing.

Bieber attempt to cheer her up by buying her clothes, taking her out and encouraging her to date again.

You can see the video here:

Before the video arrived, Keaton shared her excitement about starring in the video on Instagram.

“AM I DREAMING??? WHAT AN HONOR IT WAS TO WORK WITH JUSTIN BIEBER AND HIS INCREDIBLE TEAM!!!” she captioned her Instagram post. Keaton also thanked Bieber on a post he shared previewing the video.

You can see there here:

Bieber led the nominations with a total of nine and he took home the awards for Best Pop (with his smash hit ‘Peaches’) and Artist of the Year at the event.

Today (October 8) also sees the release of Bieber’s new documentary Our World, which will will be streaming via Amazon Prime Video.

Helmed by filmmaker Michael D. Ratner (who directed Demi Lovato: Dancing with the Devil), the new film will focus on the lead-up to Bieber’s return to the stage for his first performance in three years, his livestreamed New Year’s Eve 2020 show on the rooftop of the Beverly Hilton.

“Performing live and connecting with my fans through music is deeply meaningful to me. Especially during the past year, being able to provide a service and share my gifts to bring some happiness to people during such a sad and scary time has meant the world to me,” Bieber commented in a statement.