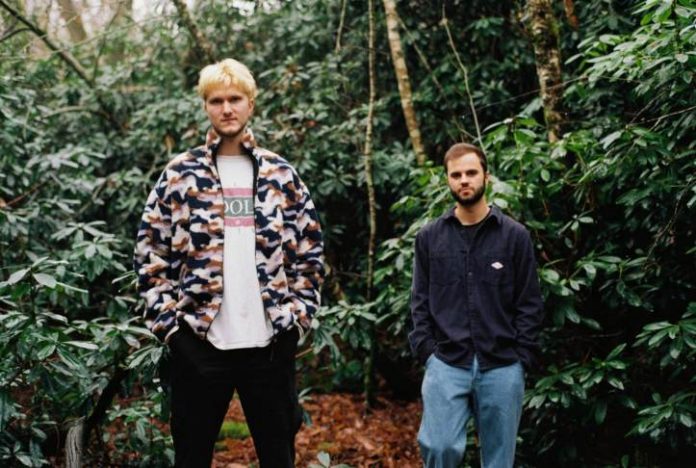 Oxford two-piece Sleeper Service are in full-colour with their brooding ballad ‘saturate’.

‘saturate‘ is the latest single from well-awake indie duo Sleeper Service. Backed by BBC Introducing and your future playlists, they’re masters of atmosphere and pack emotion into every moment.

You may remember we spoke to the guys in 2019 after the release of their debut EP You Won’t Believe The View. Two years later, ‘saturate’ kick-starts a string of new singles dropping over the coming months, with Greg and Tom drifting away from their indie folk origins into glistening, alt-pop waters. We’re talking lowercase titles, bleached barnets and airy earworms, all born in the band’s home-built studio.

Sleeper Service have been building in more ways than one; having constructed their professional loft-studio and grown both their following and sound. Plus, all of their music is recorded, mixed and produced from that one special place. In the pair, Tom Keogh plays more of a producer role, while Greg Munday does much of the songwriting – though they’re often switching and sharing hats.

This tune is four months in the making and was first written when the boys were both trapped with nothing but COVID and their instruments. Layering synth textures, subtle pulsations and cavernous echo, it’s clear that isolation has led to a greater exploration of the production board. Starting slow, ‘saturate’ moves through various contrasting passages, with Greg’s compelling voice carrying the listener the whole way. He sings of hard-hitting relationship realisations, culminating in: “I’m just 22 but girl you make me feel old”.

We also get a section of candid vocal chops during the track’s breakdown, where we hear snippets of a kitchen discussion between the two bandmates when they didn’t know the mics were on. Additions like this show how Sleeper Service are making use of broader elements in their music, mixing up the structure and embellishing their sound with experimentation. In an oversaturated industry it’s all about standing out.

Launched in a live stream celebration and performance session, ‘saturation’ is available everywhere now. It’s rich in vocal harmonies and luscious production, with a tumbling bassline that took the track to its premier on BBC Introducing Oxfordshire.

Watch the horizon as Sleeper Service work tirelessly to become the full-time musicians they deserve to be. All aboard!