HomeNewsSaweetie calls for ‘respect for each other’ as MTV EMAs celebrates LGBT...
News 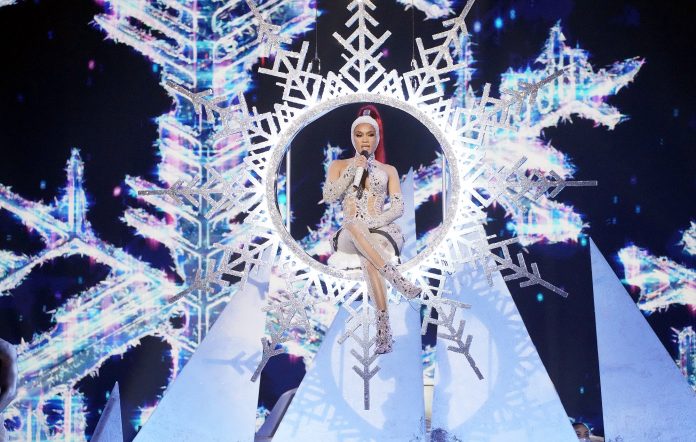 Saweetie led calls of support for the LGBT community at the MTV EMAs in Budapest last night (November 14).

It comes after organisers had faced some criticism after it was announced that the awards ceremony would be held in Hungary, where a law was recently passed that equates homosexuality with paedophilia.

But Saweetie, who was hosting the event, and a number of other performers used the ceremony on the night to put LGBT+ rights in the spotlight.

“It always important we respect each other,” she said. “That’s why it’s so important we stand up for the LGBTQ+ community.” She went on to perform a medley featuring her tracks ‘Tap In’, ‘Best Friend’ and ‘Out Out’, which you can view below.

Years & Years singer Olly Alexander also highlighted LGBT+ adoption when presenting the award for Best Video, telling those watching at home that all of the nominees “support same-sex adoption as family is family”.

Fresh from winning the Best Alternative award, Yungblud then took to the stage to perform an incendiary rendition of ‘Fleabag’, performed in front of a huge stack of amps while the stage was wreathed in flame.

In his speech when picking up his award, Yungblud also said: “If you are out there and you feel you cannot be who you are – you can be. Keep fighting, keep being brilliant.”

BTS were the biggest winners of the night, with the K-pop group winning the Best Pop, Best Group, Best K-Pop and Biggest Fans awards.

The post Saweetie calls for ‘respect for each other’ as MTV EMAs celebrates LGBT community appeared first on NME.