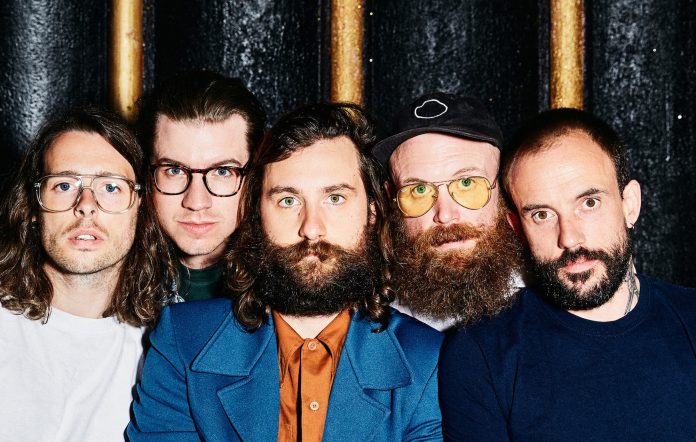 IDLES have discussed the themes behind new album ‘CRAWLER’, and how trauma and taking accountability inspired the band’s fourth album.

‘CRAWLER’ came out last Friday (November 12) via Partisan, and frontman Joe Talbot and guitarist/producer Mark Bowen spoke to NME for a new Big Read cover feature about the record.

READ MORE: IDLES: “I wanted to be more than what we were becoming”

Discussing how the album is a reaction to their third album, 2020’s ‘Ultra Mono’, Talbot said: “The frustration and the alienation made us realise what we were doing wrong. I realised that I needed to start holding myself accountable for my mis-translations in what I wanted to say and what I was actually saying in the songs.”

He added: “I was in therapy for two years, and it made me realise that I was angry at the wrong people. The critics weren’t the ones that were wrong – I was. It’s beautiful, because now I can see ‘Ultra Mono’ for what it is – an amazing live album, with a few songs where I was really lost.”

IDLES on the cover of NME

Discussing the lyrical change that came about on ‘CRAWLER’, and why he waited until now to change from a more direct lyrical style to more abstract and poetic words, Talbot told NME: “I was distracted by my ego and my fears. The residual feelings came as anger. I bullshitted my way through enough, but it’s now time to challenge myself, set things straight and start again.

“I took responsibility for my accountability and learned a lot from that. I’m a lot more calm and I don’t get anxious. I was sober for two years. It all just came together.”

Elsewhere in the Big Read interview, Talbot said that he doesn’t want to play ‘Ultra Mono’ track ‘Model Village’, one of the band’s most famous songs, live any more.

“I don’t want to perform ‘Model Village’ live, because I’m not in that place any more,” he said. “I’m not defensive, I’m not angry. I’m not scared anymore, and I was when I wrote that album. There was so much going on around me and I was losing control of our narrative. Instead of being mindful and holding myself accountable, I was fighting.”

Reviewing new album ‘CRAWLER’, NME wrote: “On their first three albums, IDLES instructed others to interrogate their feelings and live their lives being as emotionally open as possible.

“With ‘CRAWLER’ they take their own advice, adding a whole new dimension to an already beloved band. This appears a stepping stone in the band’s evolution, rather than the finishing line.”