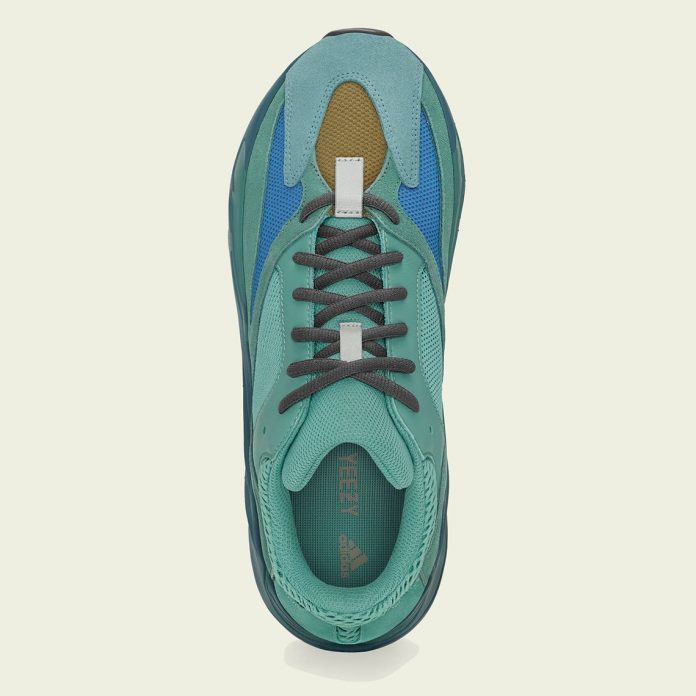 Following the debut of two of their craziest shoes yet, adidas Yeezy is falling back on the Yeezy Boost 700, preparing it in a brand new “Faded Azure” colorway.

Appearing for the first time via official images, the release strays only a bit from the norm. Gone are the full orange midsoles prominent as of recent; in its place, a light blue dresses the tooling’s exterior, matching only the mesh inserts found along the toe’s sides. Adjacent, the same panels are made much lighter in alignment with the suede fixtures whose surface is dyed the titular “Faded Azure.” Grey and olive, then, round out the palette, coloring the laces and the center of the forefoot.

Enjoy a close-up, official look at the pair here and expect to see it at retailers and adidas.com/Yeezy on November 27th.