HomeNewsLars Ulrich thought “for sure” that Metallica’s new album ’72 Seasons’ would...
News 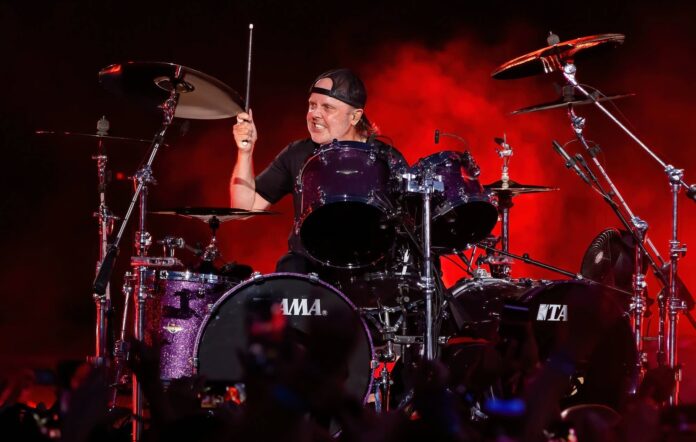 Metallica drummer Lars Ulrich has admitted that he thought his band’s new album ’72 Seasons’ would leak.

The metal veterans shared details of their new record and first single ‘Lux Æterna’ yesterday (November 28) along with with news of a huge world tour for 2023 and 2024.

The follow-up to 2016’s ‘Hardwired… To Self-Destruct‘ will arrive on April 14, 2023, with the European leg of the metal icons’ world tour – which includes the previously announced Download Festival headline slots – kicking off the same month.

Speaking in a new interview on The Howard Stern Show, Ulrich said: “We’ve been working on a new album for the last year, year-and-a-half – our COVID lockdown record.

“And the one thing that we’ve done all through that is for the first time in our career, we never really talked about it. So, rather than, ‘Hey, there’s a new record’ and countdowns and, ‘Guess what’s coming your way?’ and all that kind of shit, we’ve been tight-fucking-lipped about it. We thought for sure this thing would leak. It hasn’t fucking leaked.”

Speaking about the inspiration behind the forthcoming new record’s name in a press release, frontman James Hetfield said: “72 seasons. The first 18 years of our lives that form our true or false selves. The concept that we were told ‘who we are’ by our parents. A possible pigeonholing around what kind of personality we are. I think the most interesting part of this is the continued study of those core beliefs and how it affects our perception of the world today. Much of our adult experience is reenactment or reaction to these childhood experiences. Prisoners of childhood or breaking free of those bondages we carry.”

The European leg of Metallica’s world tour will kick off in Amsterdam on April 27, 2023, making stops in Paris, Hamburg and Gothenburg throughout May and June, before continuing in North America. The band will then return to Europe for the second leg through May, June and July 2024, followed by further dates in North America.

The album can also be pre-ordered in digital and physical format here from Wednesday (November 30).

The show, which is set to go ahead at the Microsoft Theater in Los Angeles on December 16, will be streamed on Paramount+ and MTV’s YouTube channel at 5.30pm local time.

The post Lars Ulrich thought “for sure” that Metallica’s new album ’72 Seasons’ would leak appeared first on NME.