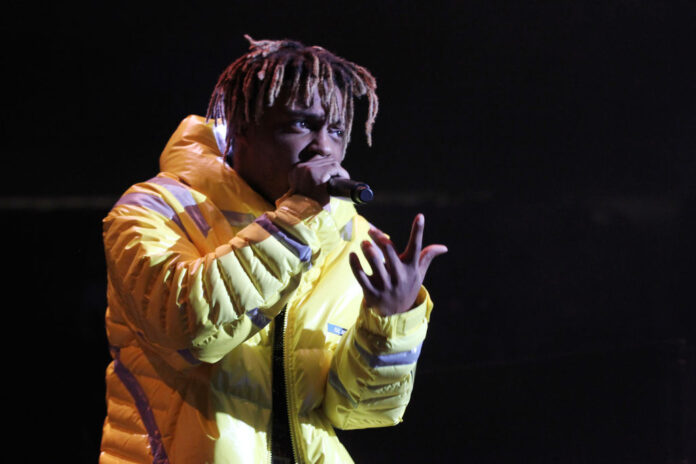 Juice WRLD’s girlfriend, Ally Lotti, says that her late boyfriend didn’t die from a drug overdose as has been reported. Instead, she suggests there’s more to the story that’s being covered up.

She added: “There’s a lot of shit y’all don’t know that I fucking grieved through myself while I let y’all grieve and talk mad shit on me. I don’t care.”

Juice WRLD passed away on December 8, 2019. He was traveling on a private plane flying from Van Nuys Airport in Los Angeles to Midway International Airport in Chicago. While police waited for the flight to land, suspecting there to be drugs onboard, Juice reportedly shallowed multiple Percocet pills to hide them.

Lotti’s newest comments aren’t the first time she has suggested there is more to the story than meets the eye. Back in June, she made similar remarks online.

“I’ve been quiet for the last year-and-a-half-plus, to myself,” she said in a video at the time. “Took myself away from everyone because I knew what was going to happen. If people knew what happened the day before Jarad passed, and the day that Jarad passed and everything like that, which I cannot speak upon at this moment. But I will. I will. I just have to make sure that I am safe.”

She further added: “Know you guys have my full support. I cannot let Jarad’s legacy be what it is. Jarad would never treat any of his fans like this… It’s always been about money and Jarad made enough money to not have this issue. I’m going to take it to court.”

Check out Ally Lotti’s rant on social media below.

Juice Wrld Girlfriend claims the truth about his death still hasn’t been revealed and also said he didn’t die from a drug overdose pic.twitter.com/3t03PoiCOV