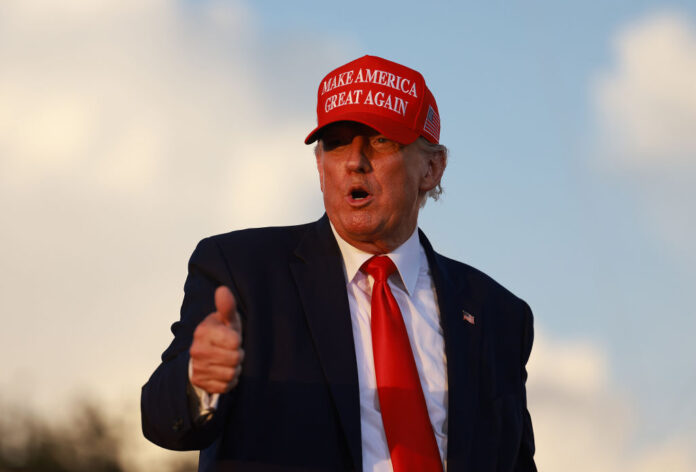 Donald Trump has been back at the forefront of news channels ever since federal agents raided Mar-a-Lago this past August.

At the time, Trump had allegedly taken classified documents out of the White House. From there, he allegedly hid them at his hotel located in Palm Beach, Florida. The former president has since been willing to talk about these missing documents, but his stories seem ever-shifting.

Firstly, he said they were accidentally put in with his personal belongings as he was “hastily packing.” Then, he seemed to change his stance such that the documents were declassified as soon as he made the decision to take them out of the White House.

Whatever the truth might be, the constant changes to Trump’s narrative are causing the M.A.G.A. representative to come across as shady at best.

While his stories thus far have been shaky, Trump may have just given a confession to the crimes he’s being accused of.

In a recent statement, the 76-year-old wrote, “When will you invade Bill and Hillary’s home in search of the 33,000 emails she deleted AFTER receiving a subpoena from the U.S. Congress?”

“When will you invade the other Presidents’ homes in search of documents, which are voluminous, which they took with them, but not nearly so openly and transparently as I did?” he went on.

Trump was ranting about his prosecutor, Jack Smith, at the time of the statement. This has led many to wonder if this confession was more of an unintended slip-up than purposeful disclosure.

“This fully weaponized monster, Jack Smith, shouldn’t be let anywhere near the political persecution of ‘President Donald J. Trump,’” the former president stated. “I did nothing wrong on January 6th, and nothing wrong with the Democrats’ fix on the Document Hoax. That is, unless the six previous Presidents did something wrong also…”

It looks like Trump has some tough times ahead of him. Between the FBI’s continued investigation and Smith’s prosecution building up, Donald Trump’s trial is something you won’t want to miss. Check back with HNHH for future updates on the 45th president’s precarious situation.