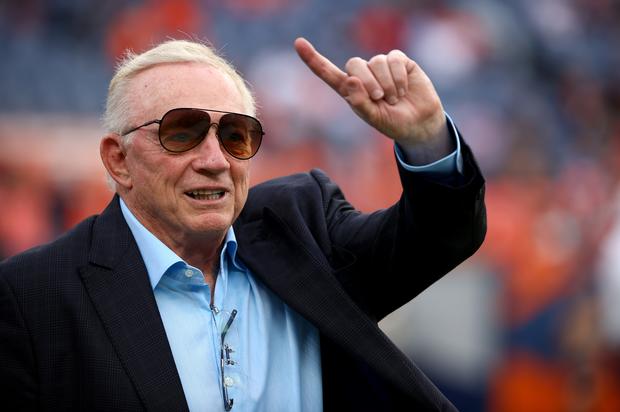 Antonio Brown is not on a team right now, which has led most people to believe he is retired from professional football. Given the way he exited the Tampa Bay Buccaneers, it is hard to imagine a team giving him much of a chance, as he usually tends to bring all sorts of drama with him. Having said that, Brown still has a desire to play, and it seems like the Dallas Cowboys are a preferred destination.

While speaking to TMZ over the weekend, Brown revealed that he would very much like to play for the Dallas Cowboys and even asked Jerry Jones to hit him up. It was a bit of a shot in the dark, but with the Cowboys’ receivers getting injured, you never know what Jones might have in store.

According to TMZ, Jones was approached by paparazzi recently, and he was asked explicitly about the idea of Brown joining the Cowboys. As you will see, Jones isn’t too receptive to the idea right now.

“We’re good,” Jones said. “But, we want to give these young guys a real chance to make this team.”

Needless to say, you will not see AB wearing a Cowboys jersey, anytime soon. Regardless, stay tuned to HNHH for more news from the football world.