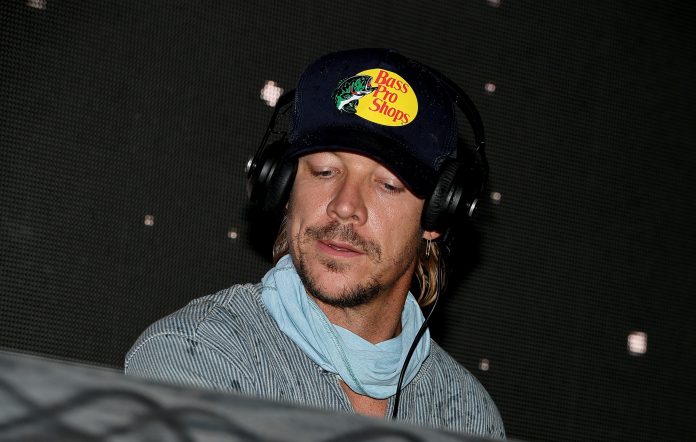 Diplo has denied the recent sexual misconduct allegations made against him, claiming that his accuser is a “stalker” who is attempting to “extort” him.

The EDM artist – real name Thomas Wesley Pentz – posted a lengthy statement to Instagram last night (October 6) after Buzzfeed News reported that he may face charges of invasion of privacy and intentionally giving someone a sexually transmitted infection.

The Los Angeles city attorney’s office told the outlet that it was considering charging Diplo over a report filed to the LAPD by an unidentified 25-year-old woman in October 2020.

“I will keep this story easy to read because I know the Internet has a short attention span and it was my goal to never address a stalker,” Diplo’s statement began. “I will refer to her as ‘SA’.

“She was an obsessed fan of mine, and after I relinquished all contact with her, it appears that her only purpose in life has been to disrupt my work, my business, harass me and my close friends and attack me and threaten my family.”

He continued: “To be clear, SA was not a minor when I had conversations or sexual intercourse with her. Her own text messages admit this.”

Pentz went on to claim he had “consensual sex” with the woman and that they subsequently “exchanged texts for a few months”. “[…] There was small talk, sexual flirting, she would send me pics and videos,” he wrote.

“Eventually it got too much to handle and I stopped contact with her when I realized she had started to become obsessed with me. It began as a nightmare of almost three years of her harassing and threatening me and my family and friends.”

In the next image of the post, Diplo shared a screenshot of a text message exchange between the pair. He then wrote that he “blocked a few accounts” linked to ‘SA’, “but she found a way to reach me on Snapchat”.

“I didn’t remember who she was because, I’ll be honest, I meet a lot of girls in my work, which I’ve never denied,” he said. “But we began to speak again and she had flown to Las Vegas to go to one of my shows and said she had a group of friends that wanted to hook up.”

Pentz added that he, ‘SA’ and her friends  “all ended up having sex” after the Vegas concert.

“SA began to post on websites about our experience,” he wrote. “[…] She started to follow my family members, the mothers of my children, and girls I would comment on, on Instagram. I didn’t know this until a year later when a private investigator found they were all coming from SA’s location under many names.”

Diplo then recalled a time that he “hid in [his] neighbour’s house” in an attempt to “ignore” ‘SA’. “Our detective had found out she had a previous restraining order against her in Florida after we rounded up many of her fake accounts,” he claimed.

You can read the full statement in the post above.

Pentz is accused of recording sexually explicit videos of the woman without consent, distributing at least one without her permission and knowingly infecting her with chlamydia. These allegations are also detailed in a request she filed for a temporary restraining order and in a civil lawsuit earlier this year.

Rob Wilcox, a spokesman for the LA city attorney, told Buzzfeed News this week: “We are reviewing the referral and have no further comment at this time.”

Pentz later sought his own restraining order against the woman, with his lawyer maintaining his innocence and insisting that it was the alleged victim who had been “harassing” the artist in the first place.

Diplo’s attorney, Bryan Freedman, told TMZ at the time: “Unfortunately, in spite of repeated requests to stop, this individual has continued to stalk and harass my client and his family for more than a year.

“As a result, we have asked the Court to grant a restraining order against her and to continue this case so that this troubling situation can be resolved once and for all.”

Over the summer, Diplo was accused of sexual assault through two lawsuits. This led to the cancellation of Pentz’s scheduled postgame performance for the Baltimore Orioles baseball team.

One of the suits was then dropped in July, with Freedman claiming “there was absolutely irrefutable evidence that proved that the allegations it contained were false”.

“As soon as we shared that plethora of evidence with the plaintiff’s lawyers, they recognised that they needed to withdraw their suit immediately,” he added.

Diplo has denied all previous allegations.