Gang Of Youths tackle grief on new song ‘The Man Himself’ 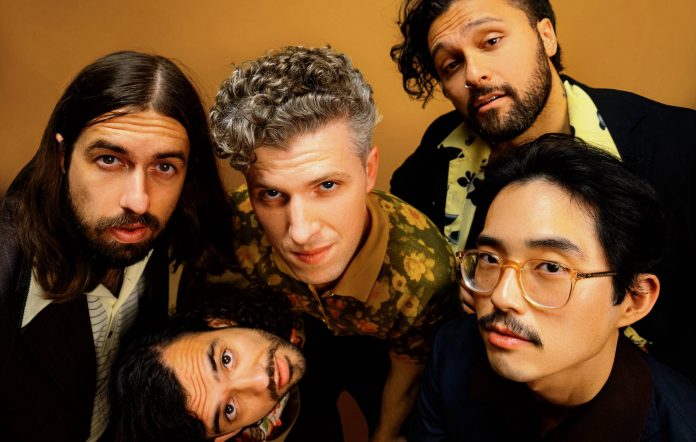 Gang Of Youths have returned with an emotional new single – listen to ‘The Man Himself’ below.

READ MORE: Gang Of Youths on ‘The Angel Of 8th Ave.’: “It’s a reflection of love in a new city”

The track, which follows a spate of recent singles from the Australian rockers, sees frontman Dave Le’aupepe tackling grief following the death of his father.

“If I ever have kids I’m not really sure how to raise them without my dad helping me out,” Le’aupepe said of the song in a statement.

Listen to ‘The Man Himself’ below:

The new track comes after the band returned earlier this year with the single ‘The Angel Of 8th Ave.’, which was then followed in July with a surprise EP titled ‘Total Serene’, featuring new single ‘Unison’ and a breezy, slow-burning take on the 2002 Elbow cut ‘Asleep In The Back’. A film clip for ‘Unison’ was also shared in July.

‘The Angel Of 8th Ave.’ was released as a single back in June, landing as Gang Of Youths’ first new material since the 2017 release of their second album, ‘Go Father In Lightness’.

Speaking to NME upon the track’s release, Le’aupepe said ‘The Angel Of 8th Ave.’ was “about falling in love and finding a place in a new city with that person”, noting that while it’s based on his own relationship, the band “wanted it to feel like a more broad spectrum of love and the two major cities that played a big part in mine and my wife’s life”.

“There’s always going to be poetry with love in the big city,” Le’aupepe continued, “and the metropolis is like a microcosm for a global human experience no matter where.”

Watch the band’s video interview with NME about the new song below.

The band are set to road test new material next month on a UK tour including headline dates and shows in support of Sam Fender. See the dates below.

The post Gang Of Youths tackle grief on new song ‘The Man Himself’ appeared first on NME.