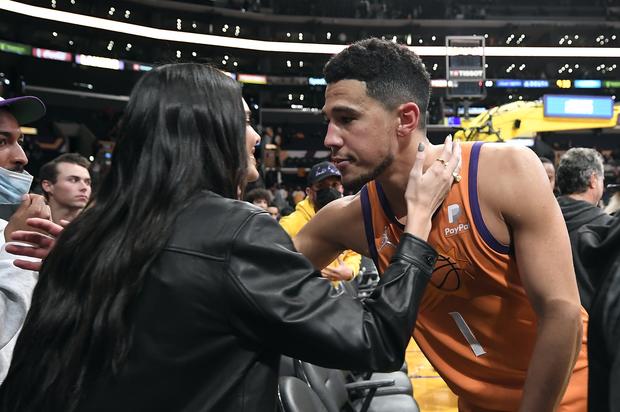 Devin Booker has a lot to think about these days as his Phoenix Suns are looking to redeem themselves after a poor showing in last year’s playoffs. The team was not great against the New Orleans Pelicans in the first round, and once the Dallas Mavericks came around, they were simply unable to get the job done.

As for Booker’s personal life, his relationship with Kendall Jenner has led to some interesting rumors. In June, it was believed that the two had broken up, although, over the last few weeks, both parties have been seen together on numerous occasions. Needless to say, the flame is still burning bright in their relationship.

In fact, Booker found himself thirsting over Jenner’s recent Instagram photos. As you can see down below, Jenner posted some pictures of herself wearing a bikini, all while enjoying some tequila. The pictures were typical for Jenner’s Instagram page, but Book was definitely feeling them.

If you look in the comments of the post down below, you can see how Booker posted a red-face emoji with a tongue out. Unless you’re a boomer, you know exactly what Booker is trying to convey here.

With the NBA season upon us, we’re sure we will see plenty of Jenner courtside in Arizona.