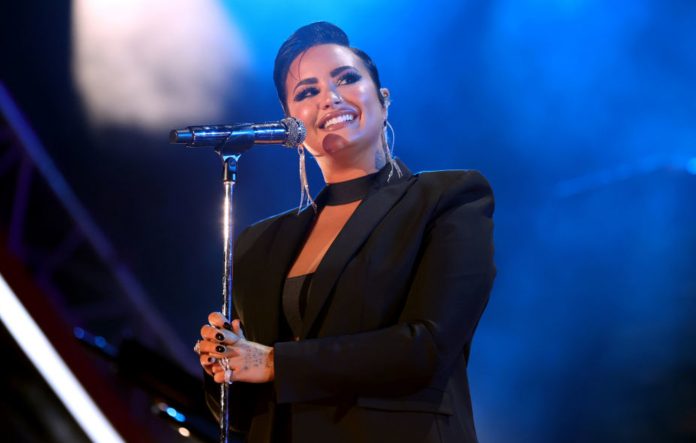 Demi Lovato has said that they think “aliens” is a derogatory term when used to describe extraterrestrials.

The ‘I Love Me’ singer made the comment while promoting the new documentary Unidentified, which sees Lovato investigate the truth about perceived UFO phenomena.

Quashing fan speculation that they have an unreleased song called ‘Aliens’ during a chat with E! News, Lovato said fans shouldn’t call extraterrestrials “aliens” because it is a “derogatory term for anything”.

“I think that we have to stop calling them aliens because aliens is a derogatory term for anything,” the 29-year-old singer said. “I call them ETs.”

Unidentified follows Lovato, their sister Dallas and friend Matthew on a road trip across the US to investigate UFO sightings. The four-part unscripted show debuted on Peacock on September 30.

A synopsis for the show reads: “While consulting with leading experts, Demi, Dallas and Matthew will investigate recent eyewitness encounters, uncover secret government reports, and conduct tests at known UFO hot spots.” You can see a trailer for Unidentified below:

Lovato shared the tribute on Saturday (October 9) in an emotional post, dedicating it to model Thomas Trussell III, who passed away in 2019 as a result of drug overdose.

Lovato wrote: “Two years ago I lost someone who meant so much to me. His name was Tommy and he was such a beautiful, special man. I wrote this song the day after I found out that he had lost his battle with addiction. This disease is extremely cunning and powerful..”

Lovato has spoken openly about their struggles with addiction, particularly after their near-fatal overdose on fentanyl-laced heroin in 2018. Experiences of substance abuse, sexual assault and more are also detailed on their 2021 album ‘Dancing with the Devil… the Art of Starting Over’.

In a four-star review of Lovato’s latest album, ‘Dancing With The Devil… The Art Of Starting Over’ – released in April – NME‘s Nick Levine called it “powerful, purposeful and uncompromising”.