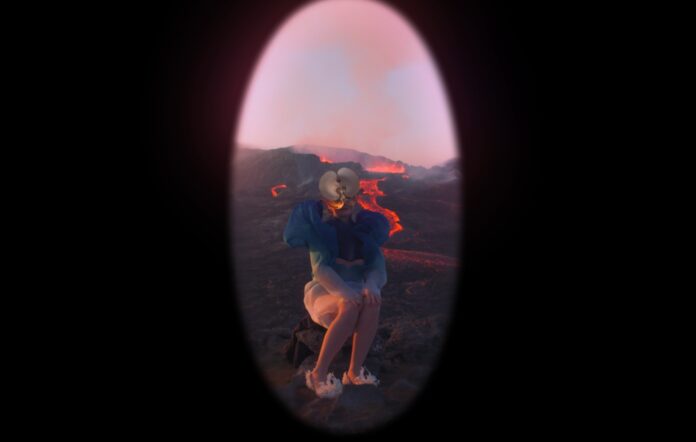 Björk has shared the entrancing new video for ‘Sorrowful Soil’ – watch it below.

READ MORE: Björk: “First you create a universe with sound, then you move into it”

The video for the track, which is from the singer’s new album ‘Fossora’, finds the artist singing at the recently erupted Icelandic volcano Fagradalsfjall.

“’Sorrowful Soil’ is a song i wrote from random improvisations,” Björk said in a statement, adding “i kinda thought i was writing another song but then when i edited it i threw away most of the stuff and this is what stood there staring at me”.

Watch the video directed by Viðar Logi below.

The singer also explained that ‘Sorrowful Soil’ and ‘Ancestress’ are two songs from the album written for her mother, adding: “ancestress is my take on funeral-music but sorrowful soil is written 2 years before and mirrors more that last chapter.

“At the time i had been working with the fantastic hamrahlid choir and wanted to give them the piece they deserved , and with that intention unknowingly wrote what the conductor þorgerður ingólfsdóttir said was the most difficult piece they ever sang . it has 9 voices, not the usual 4 ( sopran, alt, teno , bass ) which took the choir evenings of a whole summer to rehearse, i am so incredibly grateful to them for this sacrifice and you can hear all of it in the recording.”

The singer continued that “the lyric is an attempt for an eulogy and instead of the dry fact checking : place of birth , job, marriage , i wanted to celebrate the biological data like the fact that most girls are born with 400 eggs … and then in their lifetime they make 2-3 nests…

“When my grandfather passed away there was a pamphlet at the hospital advising relatives how to talk to loved ones before they pass away. i loved how it went really generic and universal and said that all of them will give families to-do-lists (dry-cleaning and such), but also ask if they did well . the last part of the lyric is following this advice.”

In her recent cover interview with NME, the Icelandic music icon explained about how ‘Sorrowful Soil’ is a mournful ode to motherhood.

“‘Sorrowful Soil’ was written as [my mother] started to get seriously ill, so it’s more sad,” she said. “‘Ancestress’ was written after she passed away so it’s more like a celebration of her life. I like when you hear about Mexican and Irish people who want to celebrate someone’s life when they pass away.”