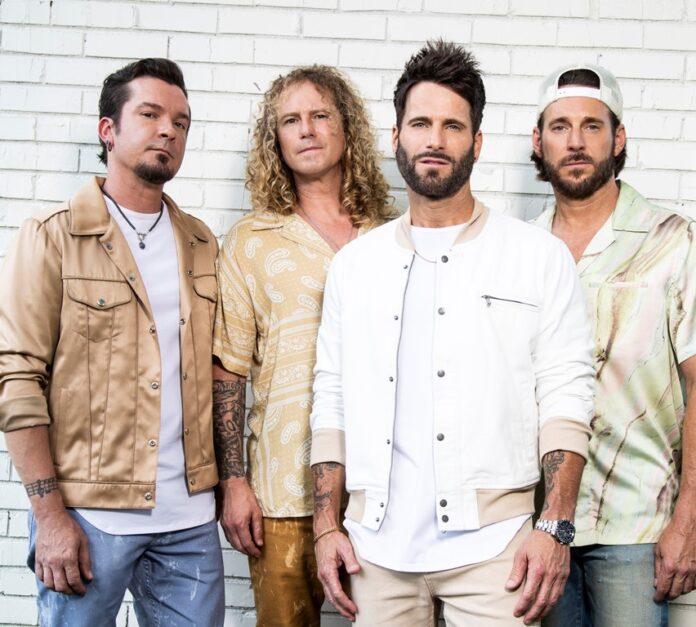 Multi-Platinum-selling Country music group Parmalee took the #1 spot on Billboard’s Year-End Country Airplay Chart for their hit single “Take My Name.” The beloved track, co-written by the band’s lead singer, Matt Thomas, alongside Ashley Gorley, Ben Johnson and David Fanning, has been described as a “musical marriage proposal” (Taste of Country) and captures the palpably affirming emotion of finding the person you want to spend forever with.

“Take My Name” (which has amassed 259 million on-demand streams to date) remained in the Top 10 for 21 weeks – the fourth longest run in the list’s upper tier in the almost 23-year history of the Billboard Country Chart. The song is currently positioned at #22 on Mediabase Hot AC Chart and is #23 on the Billboard Adult Pop Airplay Chart.

“Take My Name” proceeds the band’s current single “Girl In Mine,” which has hit the Top 40 on both the Mediabase and Billboard charts. The song perfectly follows the thematic tone of “Take My Name” by doubling-down on the idea of finding true love – a love that is undeniable and committed.

Up next, Parmalee will open for multi-genre phenomenon Jelly Roll for his sold-out hometown show at Nashville’s Bridgestone Arena next Friday, December 9.

LISTEN TO “GIRL IN MINE”

LISTEN TO “TAKE MY NAME”