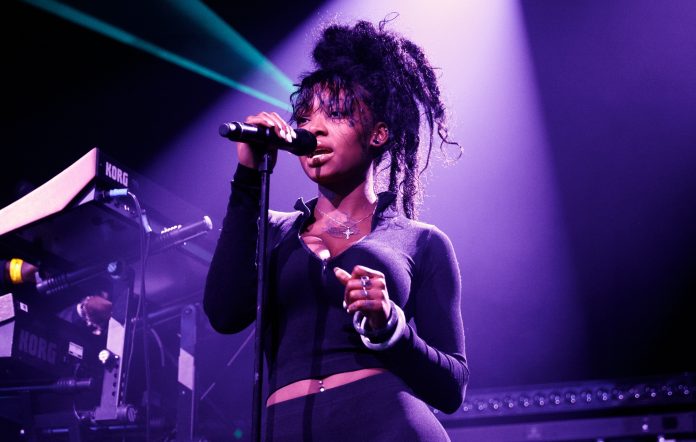 Walker – fresh from the release of her second studio album ‘Still Over It’ – stopped by to perform a short but soulful rendition of ‘Bad Lady’, pulled from Badu’s sophomore album ‘Mama’s Gun’.

Walker and Badu are known to be fans of each other’s music, with Walker noting she grew up on Badu’s highly acclaimed work from the 90s. The pair discussed their careers and finding their place in a 2020 interview featured on Rolling Stone.

“When I used to watch you perform a lot, I just would always say, “Oh, my God, look at this confidence.” The way that you would command a room, command either your band or your space. Woman to woman, I want to be like that, to have that type of confidence,” Walker said of Badu.

Elsewhere in her BBC Radio stint, Walker played ‘Toxic’ from her most recent body of work. She also gave fans a smooth live version of ‘Playing Games’, her breakthrough single from 2019 debut ‘Over It’.

Summer Walker received a glowing five-star review from NME for ‘Still Over It’, with writer Kyann-Sian Williams claiming the artist “thrives in her newfound autonomy” on the empowered break-up album.

“A certain darkness has descended on the once-pink fluffiness that memorably featured on ‘Over It’s album cover, with ‘Still Over It’ instead displaying a whirlwind of emotions. Walker has a song here for every feeling following a crushing break-up, from confusion to anger to outright pettiness – and it’s the kind of unwavering quality that we all love her for,” NME writes.

‘Still Over It’ features a star-studded list of contributions from the likes of Cardi B, Pharrell, SZA, Ciara, Lil Durk and more.