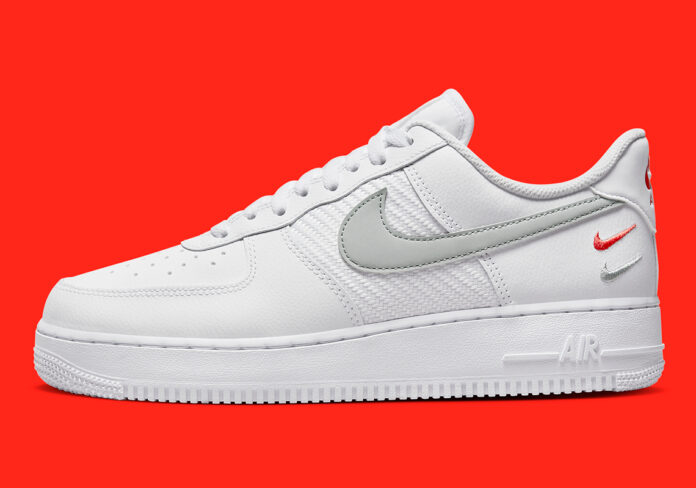 Throughout the celebration of Bruce Kilgore’s 40th anniversary silhouette, NIKE Inc. continues to employ seldom disparate changes to the iconic model, creating a constant rotation of slightly differing propositions. The antithesis to its black/grey/blue offering seen last week on the Air Force 1, a crisp white build now enjoys the treatment of multiple Swooshes at its heel.

Combining the clean white leather overlays of the upper with a ballistic mesh midfoot panel, the harkened Triple-White aesthetic seen throughout the model is broken up by light grey Checks and titular red branding gracing the heel and tongue tabs. Proffering its newly crafted ensemble, the lateral heels signature mini embroidered Swooshes render the crimson hue on top while the greyscale rendition concludes on the lower embellishment.

While no release date information has been shared by the brand just yet, in the meantime enjoy official images of the brightly-toned AF1 “Triple Swoosh” below.