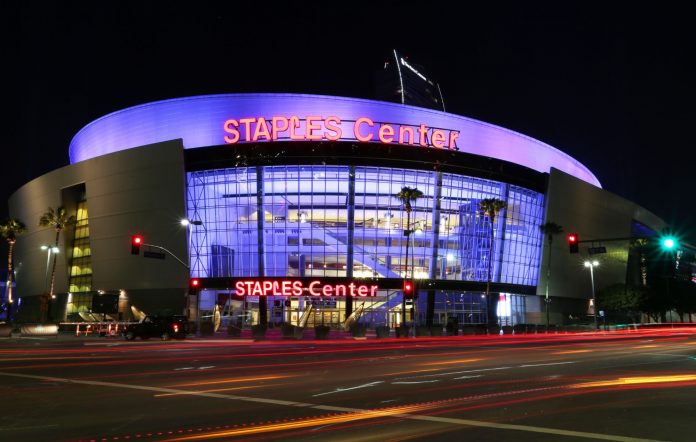 Located in downtown LA, the 20,000-capacity multi-purpose venue has been known as the STAPLES Center since its opening back in 1999. It’s set to host concerts from Kacey Musgraves, The Weeknd, Imagine Dragons and more in the coming months.

As reported by the Los Angeles Times, the new name will be effective from December 25 following a deal between AEG and the Singapore-based cryptocurrency exchange Crypto.com.

The company is said to be paying $700million over a 20-year period to rename the building. It’s believed to be the biggest deal of its kind in history.

AEG and https://t.co/mht717OBXs announce their historic naming rights partnership for one of the world’s most iconic sports and live entertainment venues formerly known as STAPLES Center. For full press release visit: https://t.co/jWHLBF7YUv pic.twitter.com/Q6OhDTIZu7

The rebrand will introduce a 3,300 square foot “activation space” featuring crypto-centric interactive experiences for sports or music fans attending the arena. Crypto.com has also signed with LA Lakers and LA Kings as their official crypto partner.

Dan Beckerman, CEO of AEG, explained: “It’s a bit of a match made in heaven, when we think about the type of brands that we like to partner with.

“Crypto.com is looking for the most unique branding platform to make a statement and drive adoption, and we’re looking for an innovative, forward-thinking company to help us chart a course for the future of sports and entertainment events.”

Kris Marszalek, Crypto.com co-founder and CEO, said: “Known as the Creative Capital of the World, the city of Los Angeles and the people who call it home have always been pioneers, pushing the boundaries and innovating as the undeniable global leaders of culture and entertainment.

“We’re very excited about partnering with AEG and investing long term in this city, starting with Crypto.com Arena in the heart of downtown, and using our platform in new and creative ways so that cryptocurrency can power the future of world class sports, entertainment and technology for fans in LA and around the world.”