HomeMusicKoffee On Her History-Making Grammy Win, Long-Awaited Debut & Why Reggae is...
Music

Koffee On Her History-Making Grammy Win, Long-Awaited Debut & Why Reggae is More Experimental Than Ever 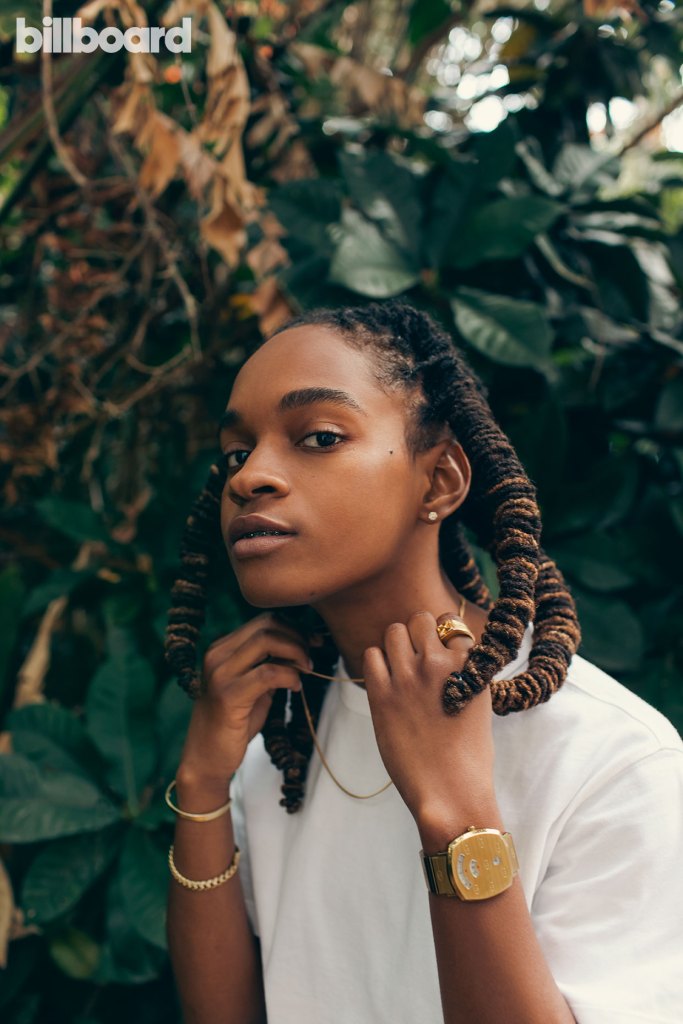 Koffee doesn’t remember the moment she won her first Grammy Award — or where the trophy is. “I haven’t seen it since I left the U.S.,” she admits, bashfully. “I swear I don’t know who has it.”

In 2020, the Spanish Town, Jamaica, singer born Mikayla Simpson became the first woman to take home the best reggae album award, for her debut project, Rapture — and the youngest winner ever at 19. Rapture wasn’t even a full album — the five-track reggae-fusion EP clocked in at just over 15 minutes. Put head-to-head with long-standing reggae heavyweights like Sly & Robbie and Steel Pulse, the win was even more unlikely, and Koffee agrees. “As soon as they got to the reggae category and said [I won], it felt surreal,” she recalls. “I never thought of the reality of actually winning a Grammy.” As scattered cheers began, the 5-foot-tall singer slow-jogged toward the stage with a brace-faced grin. By the time she reached the podium, a residual look of shock still lingered in her eyes. “Blessings, everyone,” she began breathlessly, going on to express gratitude to the other legendary nominees who helped paved the way. “This one is for all of us. This one is for reggae, this one is for Jamaica.”

One of five siblings, Koffee grew up with her mother in the Eltham View neighborhood of Jamaica. “There’s a lot of violence happening in my country and countries close by,” she says. And while the singer felt shielded from what surrounded her, the looming threats to her community inspired her approach to music. “I don’t know if I should say it’s life imitating art, but the [gun-heavy] music and what’s really happening go hand in hand,” she says. “I try to take my own advice in terms of the type of music I create for my fans — upliftment, positivity, love, having fun and all the wonderful things.”

Such was the inspiration behind the singer’s long-awaited Gifted album, out March 25, which will be Koffee’s first project on RCA Records following singles “West Indies” and “Pull Up.” (The singer signed a U.S. record deal with RCA in February 2020 and remains signed to Columbia Records in the United Kingdom, a deal she signed in 2018.) “We signed Koffee with the knowledge that she was a generational talent,” says Joel Quartey, head of marketing at Columbia Records UK. “After an already record-breaking run leading into a truly genre-defining debut album this year, there is no limit to what Koffee can accomplish — and we can expect her to achieve many more milestones in the years to come.”

As for the anticipated debut, Koffee says, “The pandemic definitely allowed me to choose my own direction a lot more,” noting that she was much more involved in the production, sounds and flow of Gifted than on Rapture. She reveals that the 10-track album will be more stripped-back and acoustic than her debut EP, “but still trappy when it comes to the bones and having that head-bop ability.”

It’s that exact approach that suggests Koffee’s continued intentions of modernizing reggae — along with any preconceived notions of the genre. Ahead, she’s interested in collaborating with artists including Young Thug and prior collaborator Gunna, as well as Afrobeats hitmakers like Burna Boy, Davido and Wizkid. “Reggae will definitely progress, not only in terms of what it accomplishes,” but also sonically, she says. “There’s a lot of experimentation going on.”

At the same time, what Koffee has already accomplished in terms of mainstream recognition was just the beginning of a shift for the genre. In this year’s Grammy nominations for best reggae album, Etana earned her second nod in the category alongside first-time nominee and “Dancehall Queen” Spice, becoming the first time two women have been nominated at once in the category. And while greater gender inclusion is a step forward, Koffee is hoping for continued progress, noting the title “reggae” can feel like a catch-all. “Internationally, reggae and dancehall both are recognized as reggae,” she says. “For us Jamaicans, we understand that there’s a difference. It would be good to see more appreciation shown for the genres as separate entities.”

Yet when it comes to her own music, Koffee remains unphased by Grammy talk, admitting accolades weren’t on her mind while creating Gifted. “I don’t think I thought, ‘Oh yeah, let’s go for [a Grammy]!’ or anything like that,” she says. “It would be good for other people to win as well.”

In April, Koffee will perform at Coachella for thousands of fans amid her own U.S. headlining tour. Later in the year, she will open for Harry Styles across Latin America. “I’ve overcome the fear of growth,” says the now 21-year-old (who is still rocking braces, but “just for a few more months”). I’ve become a little bit more confident in my craft, in my stage delivery, [and] I’ve learned how to deal with certain things that I was new to at 17 or 18, having freshly entered the music industry. It definitely has been a journey for me.”