HomeNewsJames Taylor says “arrogance of youth” helped him audition in front of...
News 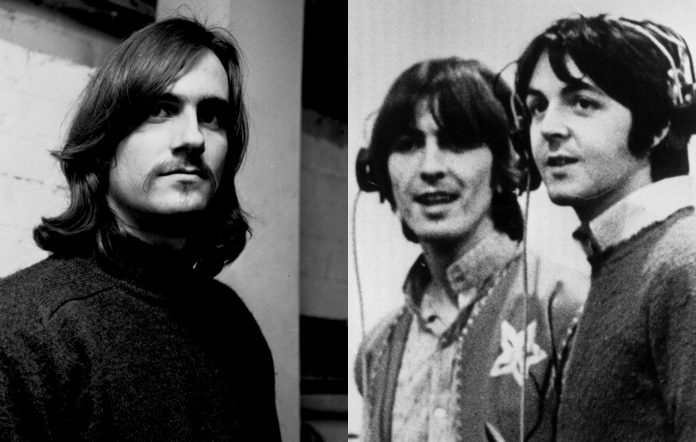 James Taylor has spoken about auditioning to join The Beatles‘ label Apple Records in the late 1960s.

The singer-songwriter said in a new interview that he believes his youth – besides his musical talent – helped him have the confidence to sell himself.

“I had some kind of competence and the arrogance of youth, without which nobody would ever do anything, because you’d hedge your bets,” Taylor recalled to GuitarWorld of auditioning in front of Paul McCartney and George Harrison.

“There’s a stage in our development where you’re allowed to do impossible things, which is why the military looks to people about that age. You can talk people into doing things that if you were asked when you were 35, you’d say, ‘No thanks, I’ll pass on that.’

“I also knew that it was somehow good. It worked for me, and I was a music connoisseur. I thought, ‘This stuff could go somewhere. I want somebody to hear this.’ I’ve had that feeling a few times, at different points in my life,” he said.

Taylor also explained what it felt like to release his 1968 debut self-titled album on The Beatles’ label.

“It was just otherworldly, because I was a huge Beatles fan. And they were at the very height of their powers. They just kept going, kept growing. So, to be in London, the first person signed to their label in 1968, was really like catching the big wave. It was unbelievable,” he said.

Meanwhile, Taylor is set to embark on a UK tour next year. He released his 20th studio album ‘American Standard’ in February 2020, with the album going on to win Best Tradition Pop Vocal Album at the Grammys.

The post James Taylor says “arrogance of youth” helped him audition in front of Paul McCartney and George Harrison appeared first on NME.