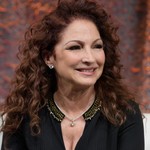 Gloria Estefan — accompanied by Anitta, Carlinhos Brown, Laércio da Costa, Pedro Capó, Farina, Giulia Be and Diego Torres — will open the Latin Grammys with a three-song medley, including her iconic song “Abriendo Puertas,” along with “Cuando Hay Amor” and “Magalenha.”

With the theme “rediscovering life through music,” the three-hour show will air live on Univision at 8 p.m. ET, preceded by a one-hour pre-show starting at 7 p.m. ET. The telecast, live from the MGM Grand Garden Arena, will “invite audiences to rediscover what’s important in life using music as a storyline,” according to a statement from the Latin Recording Academy.