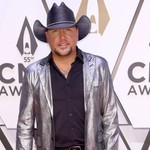 First Country is a compilation of the best new country songs, videos & albums that dropped this week.

This week, Aldean releases Macon, the 15-song first-half of his massive 30-track project Macon, Georgia (he’ll roll out the second portion of the release next year). His Carrie Underwood collab “If I Didn’t Love You” is already a Billboard Country Airplay chart topper, and on the rest of the project, Aldean retraces familiar ground with his trademark brand of country-rock songs threaded with soulful grooves. His lyrics center on small-town roots, as well as love and loss and the aftermath. Five of the tracks on Macon are live cuts of previous Aldean hits, highlighting Aldean’s ace road band.

Parton’s classic plea to “the other woman” gets set to a propulsive, swirling dance beat on this remix from electronic music producer and DJ Destructo (Gary Richards). The remix retains the song’s iconic original finger-picking guitar work, adding rolling, precise beats and slicing up Parton’s aching vocal on the word “Jolene” to accent the enduring, piercing lyrics. Heartbreak has rarely sounded so dance-worthy. It’s worth noting that Parton previously earned a No. 1 hit on Billboard’s Dance/Electronic chart in 2019, courtesy of her collaboration with Galantis and Mr. Probz on the collaboration “Faith.”

The newly-crowned CMA entertainer of the year debuted a new song, “Doin’ This,” on the CMA Awards stage Wednesday night (Nov. 10). Just six years have elapsed since Combs released his debut single “Hurricane,” and in that time, the North Carolina native with the full-throttle voice and arsenal of hits has become an unstoppable force. But in this new song, which he wrote with Drew Parker and Rob Williford, Combs maintains his passion for music would still be fueling late nights singing his songs for anyone that might listen — whether it’s “the Grand Ole Opry or a show in some no-name town.” The intensely personal lyrics charge an especially intense vocal from Combs.

It’s Thanksgiving Day, the turkey, potatoes and casserole dishes are lined up and Underwood’s more than ready to partake — and give skinny jeans a rest. Underwood penned the holiday track alongside longtime collaborators Hillary Lindsey and Chris DeStefano. A portion of the proceeds from streaming/downloads for the digital-only release benefits The Store, an organization co-founded by Brad Paisley and Kimberly Williams-Paisley which gives those suffering from food shortages a place to shop for groceries for free.

Brantley Gilbert, “Gone But Not Forgotten”

Gilbert is known for hits like “One Hell of an Amen,” but he’s also been steadfast in his support for military service personnel. Gilbert penned this track with Brock Berryhill, Jason Blaine and Jay Brunswick back in 2018, and released it earlier this year to pay tribute to the 13 American service members who were killed in an attack at the Kabul airport in August. In honor of Veterans Day comes a new music video for the track, featuring scenes of Gilbert in a graveyard, singing about missing loved ones lost to various military conflicts — interspersed with images and photos of flags, tombstones and military members.

Taylor Swift feat. Chris Stapleton, “I Bet You Think About Me”

Swift welcomes Stapleton’s burnished, bluesy vocal on this “From the Vault” bonus cut from her just-released Red (Taylor’s Version). The harmonica-drenched track with a waltzy groove finds Swift offering a well-crafted takedown of an upper crust ex-lover. She muses about what her ex is doing following their breakup, betting that while he’s still chasing status and money, he likely can’t shake her memory.

“I’m harder to forget than I was to leave/ and I bet you think about me,” Swift sings, with Stapleton’s harmony providing a warm foil for her own intimate vocal.

Love and Theft, “Accidentally on Purpose”

Duo Love and Theft returns with a new harmony-driven track, having just inked a label deal with ONErpm. In this new track, he’s fallen hard for a new love interest, but can’t be sure the feeling is mutual. Stephen Barker Liles’s airy tenor rides atop an appealing, laid-back groove.

Nichols introduces fans to a taste of his upcoming album, Good Day For Living, which releases Feb. 11 and marks his first new music in four years (and first for new album home Quartz Hill Records). On “Screened In,” Nichols proves his throwback country sound is still intact with production that would have fit well on ’90s country radio. This uptempo romp celebrates lazy days hanging out on a porch with good music and plenty of time.

Jinks shows off his breadth of musical talents, simultaneously releasing both a metal album (None The Wiser) and a country album (Mercy) today (Nov. 12). One of the songs off Mercy, “Like A Hurricane,” is a particularly stunning track about perseverance and resilience. In the song, which Jinks penned alongside Josh Morningstar, Jinks offers a message of hope for those struggling through hard times and pushing ahead for needed changes.

“Even though their moving slow/ the winds of change are gonna blow like a hurricane,” he sings, backed by a soulful group of background singers and biting guitar work, lending an extra intensity to his swampy soulful track.

Zeiders gives his breakthrough track “Ride the Lightning” the full band treatment with this release, upping the ante on a song that has been rising up the Hot Country Songs chart. Zeiders’s gravelly voice, backed by greasy guitar work and jagged percussion, weaves a tale of a man on the precipice of either heaven or hell, paying the ultimate price for a life spent on the wilder side.