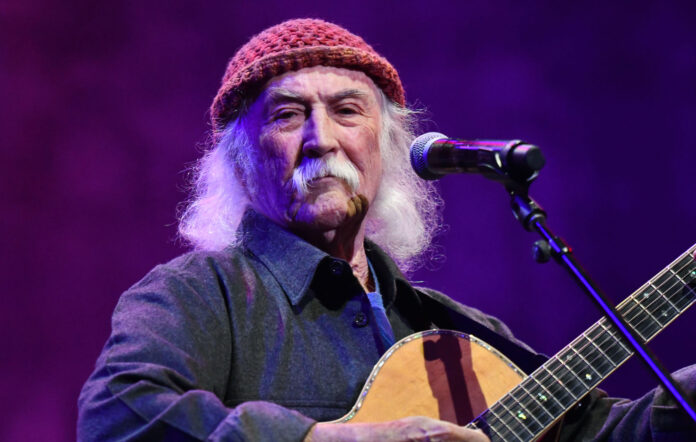 In a new interview with Stereogum, Crosby was asked what message he would give to new musical creatives. He replied: “Don’t become a musician.”

The reason he gave was largely due to streaming royalties.

He continued: “I don’t like Spotify. I don’t like any of the streamers, because they don’t pay us properly. Their proportion is wrong. They’re making billions with a ‘b’ and they’re paying out pennies with a ‘p.’

“That’s not OK. It’s not OK in that it took away half my income, and it’s not OK in that, especially, it makes it impossibly difficult for young people to make it in the business. It doesn’t pay them anything. It’s wrong.”

He said it felt “shitty” offering such advice but in the current streaming climate he felt there was little other advice he could give.

He went on to say that he will continue to make music after pulling his records from the streaming platform recently.

“What James and I are doing, and what the Lighthouse Band are doing – we’re making records anyway, because we love making records and because we think music is a lifting force…I think these are really hard times, and people need the lift. I’m making music because music makes things better and it makes people happier. That’s good enough for me. If I don’t get paid, I don’t get paid.”

“It’s OK for now. I’m going to run out of money in a couple of years and then I’ll have to sell my house. That’s just how that is. I can’t do shit about it. I can’t play live anymore. I’m 80 years old and I’m very fragile health-wise. I can’t change the marketplace.”

Last month, the member of the disbanded folk supergroup Crosby, Stills & Nash joined his former bandmates in support of Neil Young’s demand that his music be erased from Spotify.

Since Young issued his demand in January, Joni Mitchell, Stewart Lee and cult alternative rockers Failure have followed suit in requesting their music be pulled.